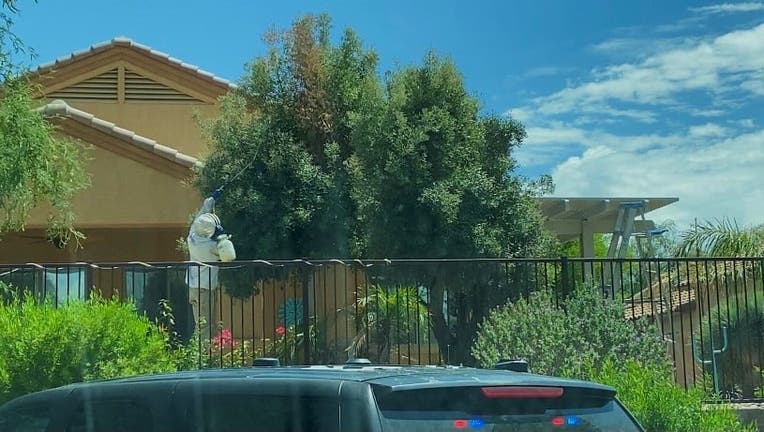 MARANA, Ariz. - A man has died and three other people have been hospitalized after a bee attack on July 29 in the Tucson suburb of Marana, police said.

Authorities said the swarming bees came from 100-pound open beehive that was in a tree inside a home’s backyard.

Marana police said three people passing through the area were stung hundreds of times and taken to a hospital for treatment while three Northwest Fire District firefighters dispatched to the scene also were stung.

One of the firefighters was stung about 60 times and was treated and released from the hospital.

The name of the man who died wasn’t immediately released by Marana police.