FD: House fire being investigated as possible arson in Phoenix

PHOENIX - An early-morning house fire that broke out at a Phoenix home is being investigated as possible arson, the fire department said on Monday.

According to the Phoenix Fire Department, the fire sparked at around 3 a.m. at a home near Interstate 17 and Thunderbird Road. Once at the scene, firefighters encountered a fire on the outside of the home that had spread to the inside.

"Firefighters encountered multiple obstacles inside and outside the home but despite that, fire control was quickly achieved," the department said on August 2. 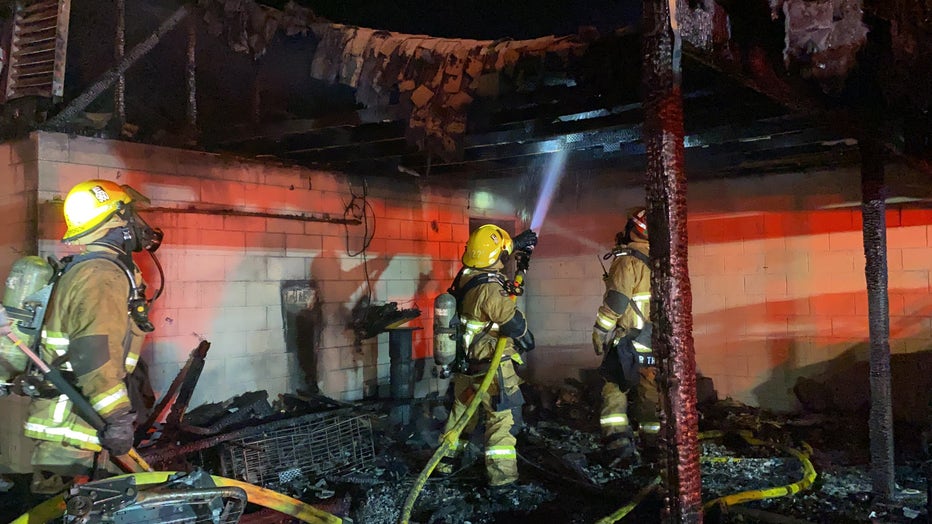 Crews received initial reports that were three people inside the home, however, they all made it out of the home safe.

No injuries were reported, but two dogs are unaccounted for.

The department is investigating the cause of the fire, which is unknown at this time.

Phoenix Fire crews battled a house fire on Sunday night near 35th Avenue and McDowell Road. When they arrived, they saw heavy fire and smoke.

Feeling the pandemic's impact, Toasted Mallow in the East Valley keeps its door closed some days because it doesn't have enough staff.

An Arizona doctor talks about how the COVID-19 vaccine is working, protecting those who might catch the virus from becoming hospitalized.