A Phoenix man is accused of robbing an elderly couple while posing as an SRP worker. FOX 10's Bailey Miller reports.

PHOENIX - A 48-year-old Phoenix man is accused of posing as an SRP worker and then robbing an old couple inside their Phoenix home.

According to court documents, William Michael Tarby, Jr. was arrested on Monday, but the incident happened on July 28. On that day, Tarby, along with two others, dressed up as an SRP employee and contacted the alleged victims, who were 71 and 80 years old. The three stated that they are SRP employees and needed to check the electrical system. Once inside the home, two of the suspects pulled out their handguns and told the two to get down on the ground. 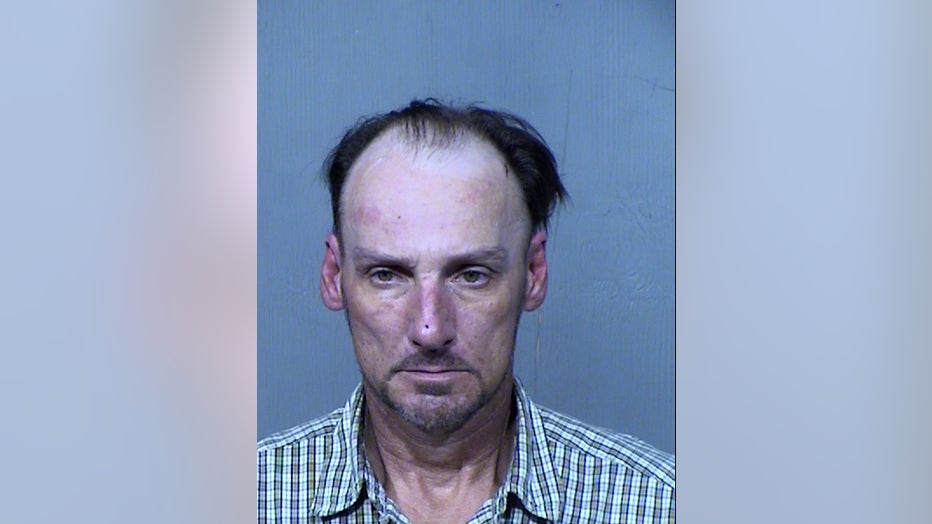 The three, investigators said, left the home with a lockbox that held about $8,500 of different denominations of cash, as well as about $3,000 worth of silver ingots. Tarby was identified as a result of an analysis of a fingerprint that was left on a clipboard that was left behind.

Tarby, according to the documents, denied any involvement with the incident or any other home invasions. When shown photos of the clipboard and an electric tester, Tarby said he used a similar electrical tester from a friend, and also admitted to owning multiple clipboards and just gave some away after moving from an apartment. He reasoned that that why was his fingerprints could be on the clipboard.

SRP officials say their workers may ask to go to the side of a home, but they will never ask for permission to go inside of one.

The alleged victims, according to officials, were not able to identify Tarby in a lineup. Tarby is being accused of criminal simulation, armed robbery with a deadly weapon, kidnapping, and aggravated assault-related offenses. A judge has deemed Tarby not eligible for bail.