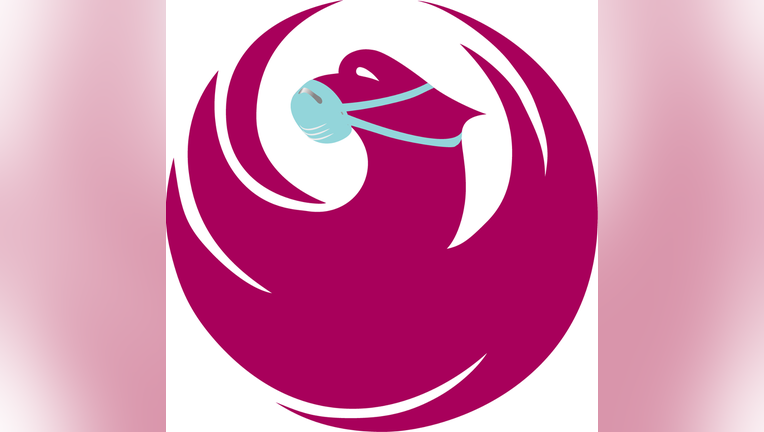 PHOENIX (AP) - The city of Phoenix on Friday approved a measure requiring people to use face masks in public to ward off the spread of the coronavirus as Arizona hit an all-time high for new daily cases.

In an emergency meeting called by Mayor Kate Gallego, the City Council voted 7-2 in favor of making masks or face coverings mandatory. The order goes into effect at 6 a.m. Saturday.

“Public health professionals tell us there are steps we can take to slow the spread. With today’s vote, the Phoenix City Council is moving forward to protect our community,” Gallego said.

The Phoenix ordinance applies to all public places, including public transit, in the nation’s fifth-largest city. Restaurants and other businesses will have the right to refuse service to people who do not wear masks or face coverings.

Exempted from the order are children under age 6, people with religious beliefs against covering their faces and restaurant patrons who are eating or drinking. The restaurant patrons must wear masks while entering and exiting or moving around in the establishments.

Police are tasked with enforcing the mandate. Chief Jeri Williams said officers have been told to “lead with education” and let violators off with warnings first. Citations will be used as a last resort, she said. A spokesman for the police department did not immediately respond to an inquiry asking about the amounts of the fines.

People who called in to express their views about the move before the vote were split between those who spoke in favor of it and opponents who called it a violation of their personal freedom.

As of Friday, multiple cities across the state from Tucson to Flagstaff announced their own mandates for people to wear masks in public. Among others that will require face coverings are Casa Grande, Mesa and Gilbert. Pima County supervisors approved an ordinance requiring anyone 5 or older to wear a mask in public throughout the county. The vote means towns or cities surrounding Tucson must abide by the county rule.

And Friday evening, Maricopa County supervisors voted to enact a mask requirement, also effective across every city and in unincorporated areas. It takes effect at 12:01 a.m. Saturday. Maricopa County includes Phoenix and many smaller cities.

Cities declining such measures include Kingman and Prescott. In northern Arizona, Mohave County supervisors voted Thursday not to enact a county-wide mask policy.

Wearing a cloth face mask has been shown to limit the spread of respiratory droplets that can contain the virus and infect others.

MORE: Arizona sets another record for increases in COVID-19 cases

The state Department of Health Services reported 3,246 additional cases, increasing the statewide total to 46,689 along with 1,312 deaths, including 41 reported Friday.

Arizona has emerged as a national hot spot for the coronavirus since Gov. Doug Ducey lifted his stay-home orders in mid-May.

Ducey reversed himself Wednesday and allowed counties and municipalities to mandate use of face masks in public to slow spread of the coronavirus. He rejected calls for a statewide requirement.

The Arizona Department of Transportation also announced that it is mandating all employees and customers wear face coverings. That means anyone entering a state Motor Vehicle Division office will have to don a mask or other face covering.

For most people, the coronavirus causes mild or moderate symptoms, such as fever and cough that clear up in two to three weeks. For some, especially older adults and people with existing health problems, it can cause more severe illness, including pneumonia, and death. ___