PHOENIX - A Scottsdale woman who illegally voted in the 2020 election by sending in an early ballot under her dead mother's name has pleaded guilty, the Arizona Attorney General's Office announced.

Mark Brnovich said that 64-year-old Tracey Kay McKee pleaded guilty to attempted illegal voting for casting a vote in the 2020 general election under the name of her mother, Mary Arendt, who died on Oct. 5, 2020.

"Appearing before Judge Margaret LaBianca in Maricopa County Superior Court on January 26, 2022, McKee admitted signing Mary Arendt’s name to an early ballot envelope and mailing it to Maricopa County on or between October 7, 2020, and November 3, 2020," Brnovich's office said in a statement. "McKee is the daughter of Arendt, who died on October 5, 2020, and as such was not eligible to vote in the November 3, 2020, General Election.

Under a plea agreement, the Arizona Attorney General’s office dropped an additional perjury charge and stipulated that the 64-year-old McKee will be sentenced to probation with the possibility of up to 90 days in jail.

She’ll also be required to pay about $1,800 in fines and fees and must perform 100 hours of community service. McKee will be sentenced in March.

McKee will also lose her right to vote until she completes probation and a court restores her rights. Her attorney, Tom Henze, declined to comment. 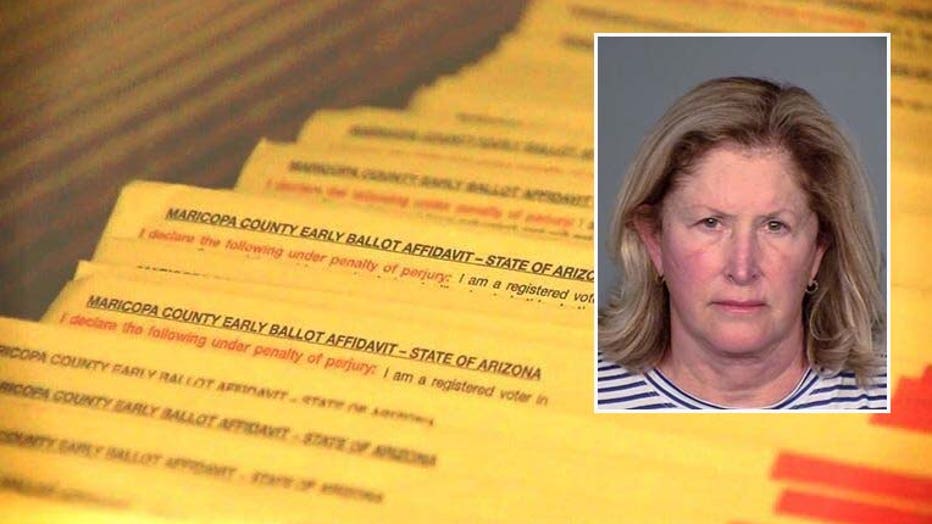 Tracey McKee pleaded guilty to voting illegally in the 2020 election by sending in an early ballot under her dead mother's name, the Arizona Attorney General's Office announced.

Former President Donald Trump and his backers have claimed without evidence that the Republicans lost in Arizona because of massive voter fraud.

But an extensive review by The Associated Press found just 230 cases of potential fraud, including 151 in Pima County where prosecutors found no criminal charges were merited.

McKee is one of 10 people charged so far with voter fraud across Arizona from the 2020 general election. President Joe Biden won Arizona by just under 10,500 votes.

McKee is due back in court on March 2 for a sentencing hearing.