The United States men's national soccer team was eliminated from the World Cup after beating Iran to reach the knockout stage, and the No. 4 ranked University of Arizona men's basketball team suffered its first loss of the season in the team's Pac-12 opener – these are the top stories in the world of sports from Nov. 28 - Dec. 4. 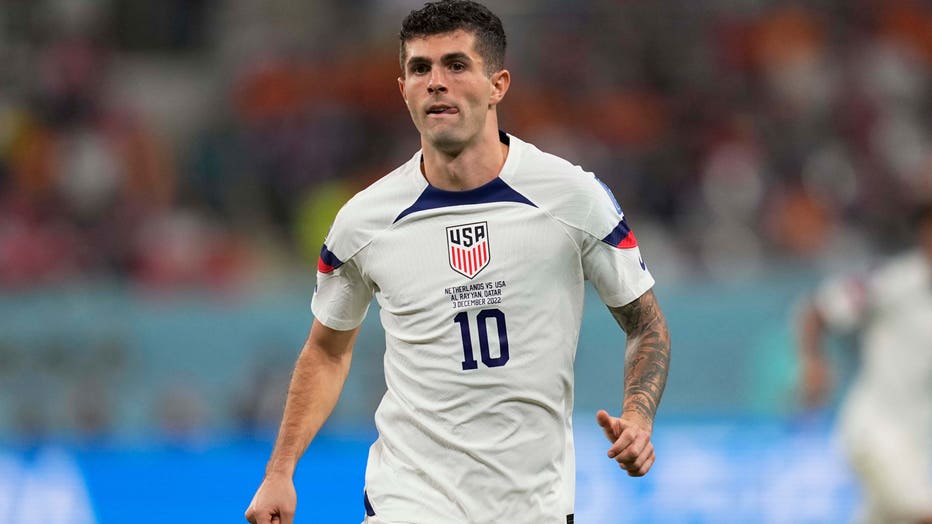 DOHA, QATAR - DECEMBER 03: Christian Pulisic of USA looks on during the FIFA World Cup Qatar 2022 Round of 16 match between Netherlands and USA at Khalifa International Stadium on December 3, 2022 in Doha, Qatar. (Photo by Ulrik Pedersen/DeFodi Images via Getty Images)

2. Branden Carlson, Utah race past No. 4 Arizona 81-66: The Utah Utes handed the No. 4 Wildcats their first loss of the season, 81-66, in the Pac-12 opener for both teams. Utah locked down Arizona on the perimeter – limiting the Wildcats to 4-of-28 shooting from 3-point range. The Utes flustered the Wildcats into rushed shots and early turnovers, setting the tone for what became a comfortable victory. 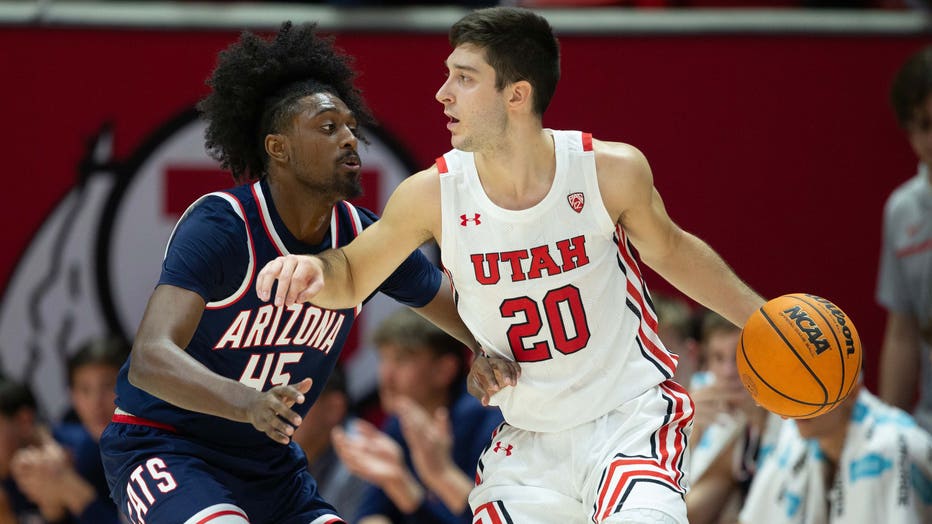 SALT LAKE CITY, UT - DECEMBER 1: Lazar Stefanovic #20 of the Utah Utes pushes past Cedric Henderson Jr. #45 of the Arizona Wildcats during the first half of their game at the Jon M. Huntsman Center December 1, 2022 in Salt Lake City, Utah. (Photo by Chris Gardner/ Getty Images)

3. Diamondbacks and RHP Miguel Castro agree to 1-year deal: Miguel Castro, who turns 28 this month, has already spent eight years in the big leagues, most recently with the New York Yankees. He was 5-0 with a 4.03 ERA in 34 appearances last season. The bullpen was a weak spot for Arizona this year and general manager Mike Hazen said upgrading that area — particularly with power arms — was a priority.

4. No. 1 Georgia Bulldogs to play Ohio State in Peach Bowl, Michigan vs. TCU in Fiesta Bowl: Georgia will play Ohio State next in the Peach Bowl at Mercedes-Benz Stadium in Atlanta. The College Football Playoff begins with two semifinal games on New Year's Eve followed by the title game on Jan. 9, 2023. The Fiesta Bowl matchup features the Big Ten Conference champion Michigan and the Big 12 Conference runner-up TCU. 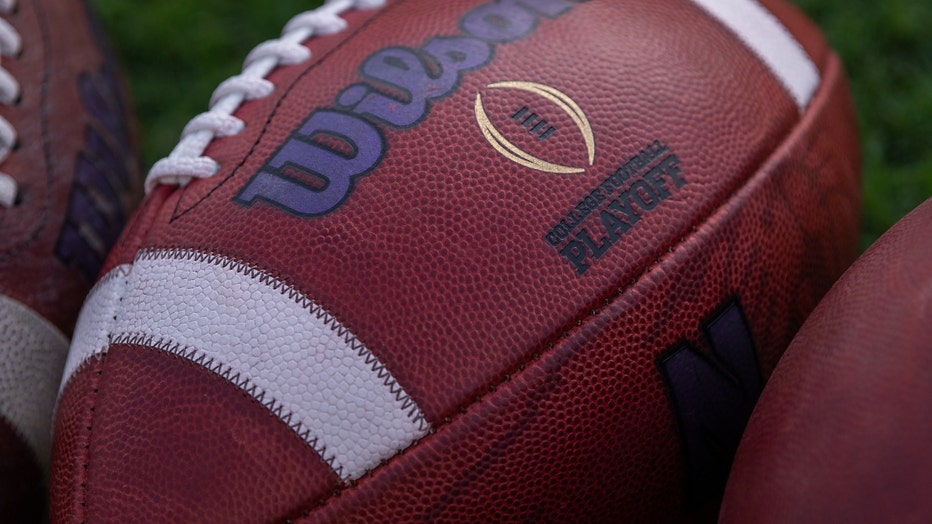 WEST LAFAYETTE, IN - AUGUST 30: The college football playoff logo on a ball laying on the field before the college football game between the Purdue Boilermakers and Northwestern Wildcats on August 30, 2018, at Ross-Ade Stadium in West Lafayette, IN. (Photo by Zach Bolinger/Icon Sportswire via Getty Images)

5. LeBron James scolds media for failing to ask him about Jerry Jones, suggests race has something to do with it: Los Angeles Lakers superstar LeBron James asked the media why no one had asked him questions about Dallas Cowboys owner Jerry Jones and the recent photo unearthed which showed Jones as a teenager with students trying to keep an Arkansas school segregated in 1957. 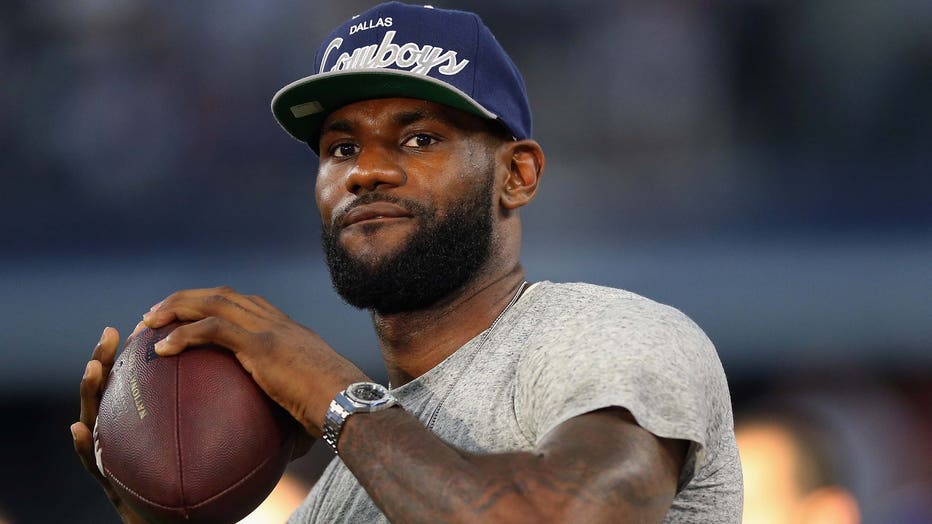 ARLINGTON, TX - SEPTEMBER 08: NBA player Lebron James of the Miami Heat throws a football at AT&T Stadium before a Sunday night game between the New York Giants and the Dallas Cowboys on September 8, 2013 in Arlington, Texas. (Photo by Ronald Martinez/Getty Images)

Cardinals head coach Kliff Kingsbury is on the hot seat after Arizona's latest loss, leaving the team with almost no shot at making the playoffs, and Arizona State introduced its new head football coach after the Sun Devils fell to the Wildcats in the Territorial Cup – these are the top stories in the world of sports from Nov. 21-27.

What Griner may endure at a penal colony; Hey Yank! It's football, not soccer. Or is it?: top sports stories

What life looks like at Russian penal colonies, and at Brittney Griner's prospects of being freed in a U.S.-Russia prisoner exchange; when Qatar made its pitch to host the tournament, the country agreed to FIFA’s requirements of selling alcohol in stadiums; Packers quarterback Aaron Rogers believes it's time to go all grass throughout the league; the 2024 Olympics are in France, but the a majority of the mascots are made in China; and why soccer is called football in the rest of the world.