Federal legislation is giving leasing authority to the Colorado River tribes along the Arizona-California border.

FLAGSTAFF, Ariz. - President Joe Biden has approved three bills that will improve access to water for three tribes in Arizona amid an unrelenting drought.

One of the measures that Biden signed on Jan. 5 settles longstanding water rights claims for the Hualapai Tribe, whose reservation borders a 100-mile (161-kilometer) stretch of the Colorado River as it runs through the Grand Canyon. Hualapai will have the right to divert up to 3,414 acre-feet of water per year, along with the ability to lease it within Arizona.

One acre-foot is enough to supply two to three average households per year.

Another of the bills gives the Colorado River Indian Tribes based in Parker the ability to lease water from the Colorado River. The tribe has one of the oldest, largest and most secure allocations of water in the entire river basin that stretches into seven states in the U.S. West.

The tribe can lease only a portion of its Arizona allocation within the state. It also has Colorado River water rights in California. 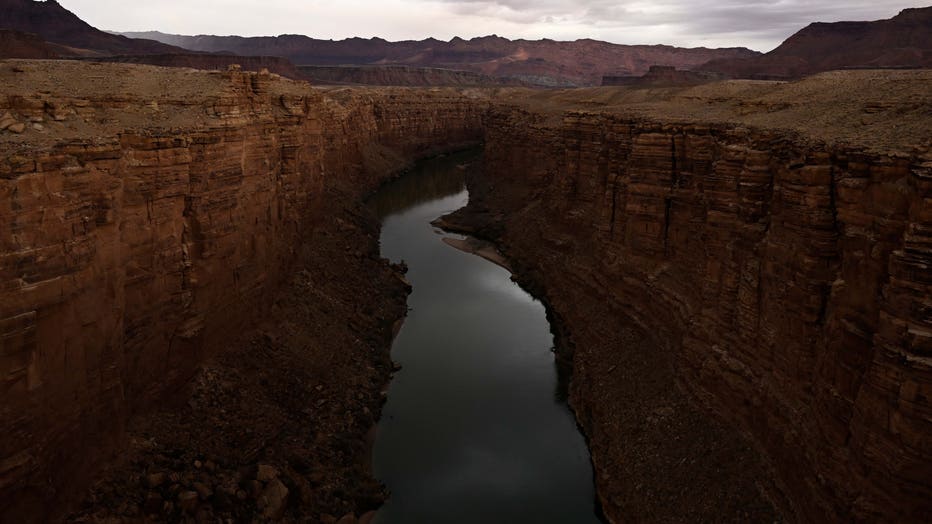 MARBLE CANYON, ARIZONA - JANUARY 1: Seen from atop the Historic Navajo Bridge the Colorado River flows toward Lees Ferry the only place within Glen Canyon where people are able to easily access the Colorado River from both sides in over 700 miles of (Photo by RJ Sangosti/MediaNews Group/The Denver Post via Getty Images)