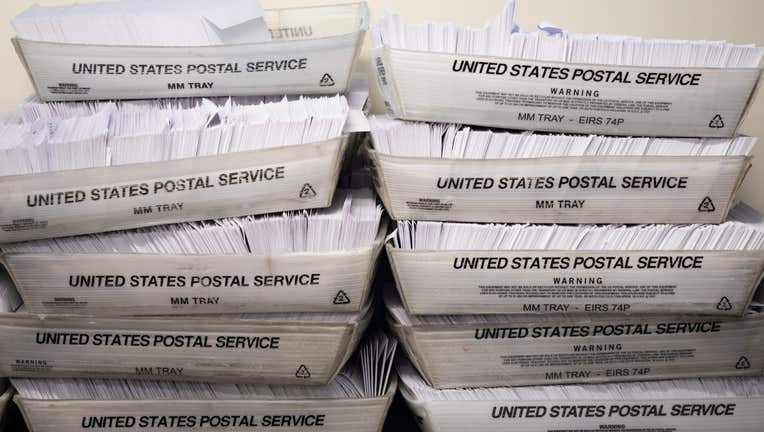 Large boxes of envelopes are seen as absentee ballot election workers stuff ballot applications at the Mecklenburg County Board of Elections office in Charlotte, North Carolina on September 4, 2020.(Photo by LOGAN CYRUS/AFP via Getty Images)

PHOENIX (AP) - A judge has refused to give officials an extra 10 days after election day to count mail-in ballots for Navajo Nation members who live on the tribe’s reservation in Arizona and whose ballots are postmarked by the close of voting on Nov. 3.

U.S. District Judge Murray Snow said in a ruling Sept. 25 that most Navajo Nation residents don’t have access to home delivery of mail and must travel long distances to get their mail. But he concluded those pushing for the change compared only mail delivery times on the reservation to cities, not other rural areas in the state.

The judge also said Navajo voters have other options for delivering completed ballots, such as dropping them off at county recorder’s offices, in drop boxes, at early voting locations or at polling places on election day. “As Navajo voters have access to several voting options that allow them to turn their ballots in later than the return posting of their ballot allows, plaintiffs have not shown a disparate burden,” Snow wrote.

In a separate case filed Friday, Maricopa County Recorder Adrian Fontes asked a judge for a court order allowing him to use videoconferencing to help people vote if they are in a hospital or a long-term care facility and don’t have a trusted family member or caregiver to help them mark a ballot.

In the case over ballots for Navajo Nation members, six tribal members had asked Snow for more time for elections workers to count ballots from the reservation because mail service there is much slower and less accessible than other parts of the state.

It’s unknown whether the challengers intend on appealing the ruling. Chris McClure, one of the attorneys representing those who filed the lawsuit, didn’t immediately return a call seeking comment on the ruling.

The lawsuit said people who aren’t Native American and live in affluent communities such as Scottsdale would have 25 days to cast and return their mail-in ballots, while Navajo Nation members would have only 15 days, given the slower speed of mail delivery on the Navajo reservation.

They argued Arizona’s requirement that ballots be turned in to authorities by 7 p.m. on election night would disenfranchise tribal members.

Secretary of State Katie Hobbs’ office urged the judge to reject the request, saying those who filed the legal challenge hadn’t explained why they can’t meet the existing deadline and adding that creating a rule for only Navajo Nation members would cause confusion among other voters.

The lawsuit came amid concerns that the U.S. Postal Service will not be able to properly handle a crush of Americans voting by mail. It seeks a Nov. 13 deadline for counting votes cast by Navajo Nation members who live on the reservation in Arizona.

But Gov. Doug Ducey said this week that practice is illegal and asked Attorney General Mark Brnovich to weigh in. Fontes and Hobbs are Democrats; Ducey and Brnovich are Republicans.

A videoconferencing option is crucial for helping voters with disabilities who are isolated during the pandemic, Fontes said. Visitation is restricted at long-term care facilities and hospitals to control the spread of COVID-19.

Without video conferencing, Fontes said, “some of our most vulnerable citizens’ voting rights are at risk.”

The dispute is over the use of special election boards, which consist of one Republican and one Democrat who fill out ballots for voters who can’t do it themselves or with the help of someone they know and trust. Ducey says special election boards are required to be conducted in person, while Hobbs and Fontes say videoconferencing can satisfy that requirement. 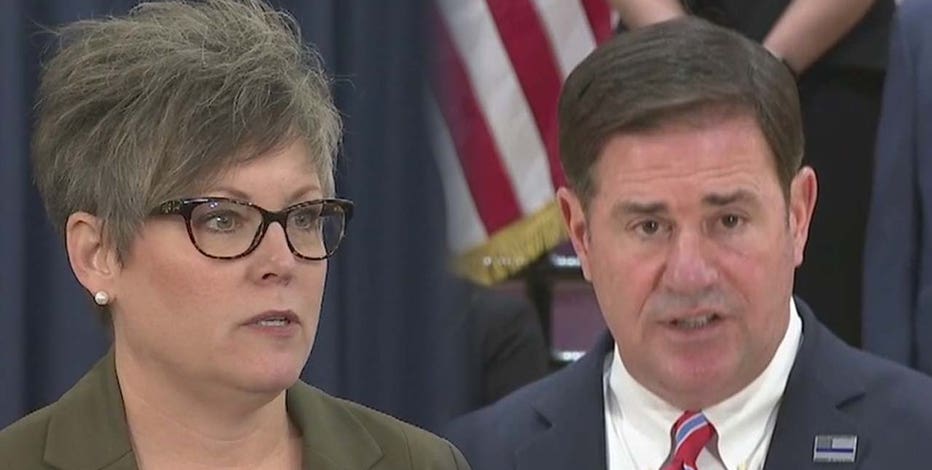 Arizona Gov. Doug Ducey and Secretary of State Katie Hobbs are sparring over an effort by Hobbs to introduce telephone and videoconferencing options for people to register and vote in certain circumstances. 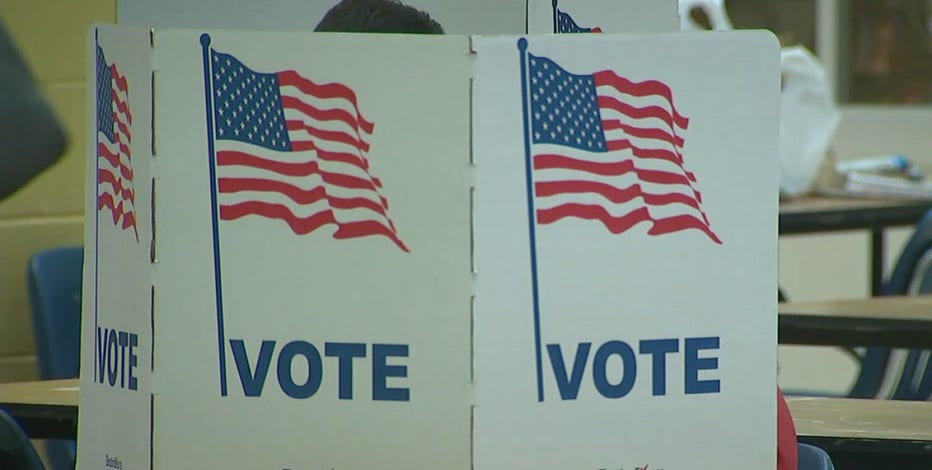 A lawyer representing six Navajo Nation members said mail service on the reservation is much slower and argued that Arizona’s requirement for ballots be turned in to by 7 p.m. on election night would disenfranchise tribal members.