Rural Metro fire crews were called to a neighborhood near 144th Street and Rio Verde Drive and discovered a travel trailer and SUV that were fully engulfed in flames.

A person is dead following a crash in north Scottsdale, according to police.

“When the deputy attempted to make contact with the driver, the suspect fled the scene, when doing so the side of the suspect vehicle struck the deputy who was standing alongside the vehicle,” MCSO said. 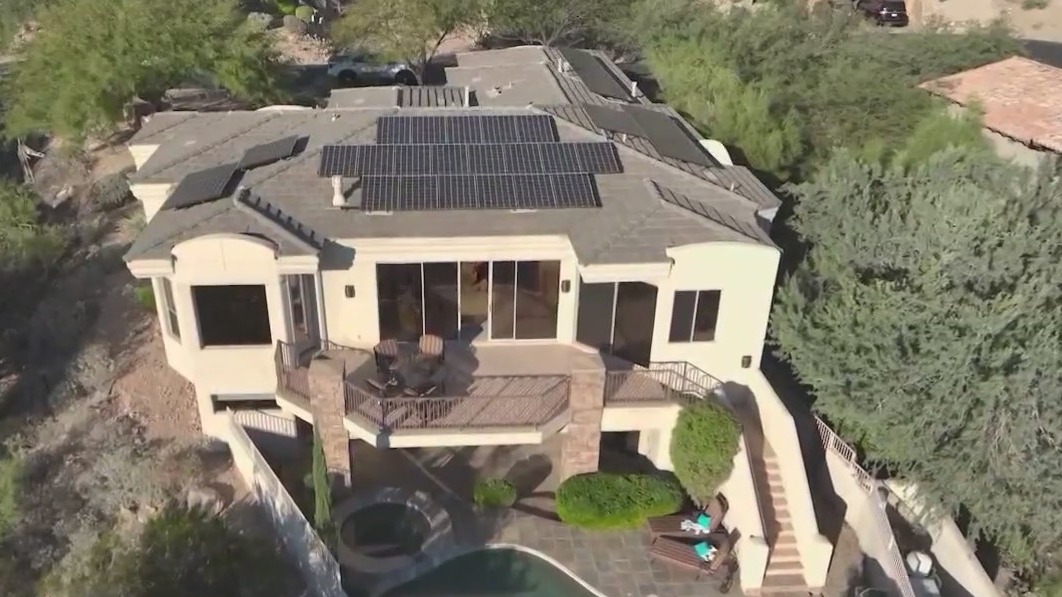 FOX 10's Syleste Rodriguez checks out a home that's nestled in the hills of north Scottsdale with beautiful views.

Firefighters arrived at the scene and found several propane bottles on fire in the patio area of the Eggstacy restaurant in north Scottsdale.

The Scottsdale Fire Department said crews gained control of the fire after it spread to the attic.

Police say they responded to reports of someone saying they had become sick from an over-the-counter Equate brand laxative that they had purchased at the store. The box of laxatives appeared to have been taped shut.

FOX 10's Syleste Rodriguez shows off a beautiful north Scottsdale home that is truly a work of art.

Police in Scottsdale say a woman died at a business they described as a beauty salon and spa.

Video from SkyFOX showed a smashed car underneath a flipped semi-truck, along with a third crashed vehicle nearby.

Interstate 10, Loop 202, Loop 101 and I-17 in the Phoenix metro area will all see some closures and restrictions starting March 25 due to ongoing improvement projects.

Scottsdale Police officials say they have arrested a 31-year-old man for allegedly firing off a handgun near a middle school in north Scottsdale.

From road widening work in the West Valley to a freeway closure related to the Broadway Curve Improvement Project, here are the freeway closures and restrictions for the weekend of March 18 to 21.

A 7-year-old was taken to the hospital following after the child was found in a hotel pool, according to authorities in Scottsdale.

A Powerball ticket worth $1 million has expired because no one stepped forward to claim the winning ticket, according to lottery officials.

Officials say the ticket must be claimed by Nov. 18, or it will expire.

A 20-year-old man has been arrested, Scottsdale Police officials say, in connection with a shooting that left another man seriously injured on Oct. 11.

Scottsdale Police officials say they have arrested a man for allegedly attacking people and vehicles at a trailhead in the north of the city on Monday.