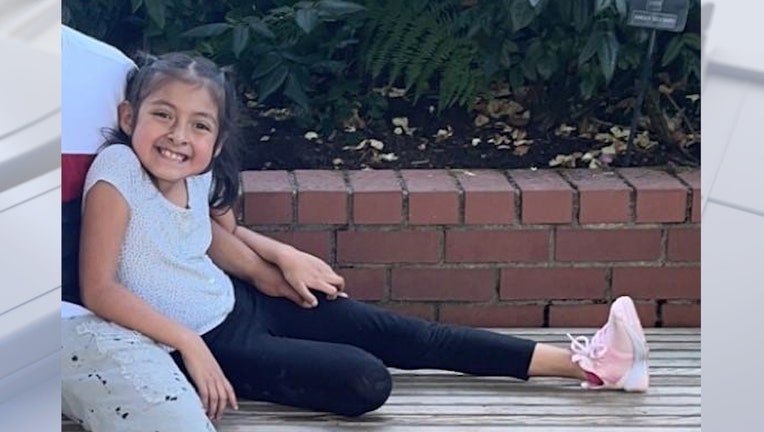 PORTLAND, Ore. - Authorities said a 7-year-old girl is back with her family after being kidnapped and may be unaware of what happened because she slept through the entire ordeal.

Portland police issued an alert Sunday about Yamilet Martinez. Officers said they responded to reports of a stolen car with Yamilet asleep inside in the area of Southeast 49th and Southeast Powell Boulevard.

More than 50 police officers helped out with the search after receiving many tips from the community.

Hours later, they found the little girl safe and sound in the area of Laurelhurst Park before she was reunited with her family.

According to KATU, Yamilet’s family said they were dropping off a moving truck after relocating from another city. As the father drove the moving truck, the mother drove behind in a separate car with Yamilet inside.

Police told the local news outlet that the father couldn’t find the key drop box. That was when the mother parked the car, got out, and helped her husband look for it.

"She got out to go help him, was only away for a split second, and then all of a sudden, turns around and sees her car driving away," Sgt. Kevin Allen told the outlet.

After an Amber Alert was issued, authorities found the stolen car with Yamilet still sleeping inside.

"She slept through the entire thing," Allen told KATU.

No word on any arrests.