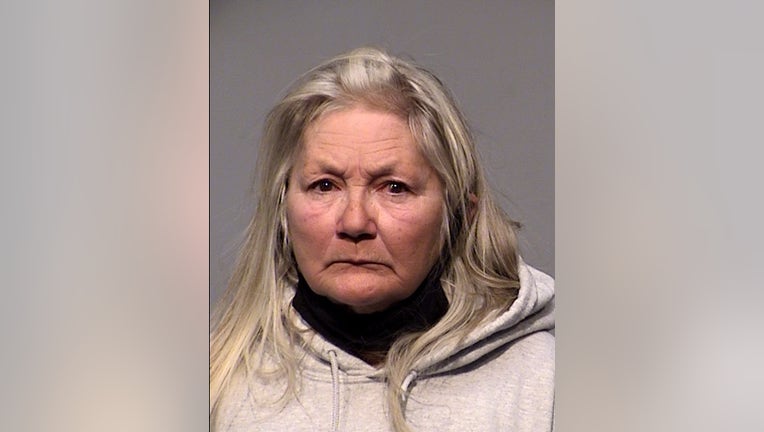 YAVAPAI COUNTY, Ariz. - A 65-year-old woman is accused of driving drunk and hitting a Prescott Valley Police officer with her car on the night of Tuesday, Jan. 12.

The incident reportedly happened around 7:10 p.m. near Spouse Drive and Miner Road when the suspect, Sandra Lynn Naugle, drove into the same lane as the officer.

The officer swerved to avoid hitting Naugle head-on, but his patrol car was struck on the front passenger side. He ended up in a drainage ditch but was able to drive out and stop Naugle.

Naugle was tested for DUI, then placed under arrest, accused of driving under the influence, two counts of felony endangerment, aggravated assault on a peace officer and reckless driving.

"The Prescott Valley Police Department reminds everyone to drive responsibly and have a designated driver if you are going to drink. Remember, if you drive hammered, you will get nailed," the police department said.

The officer was not injured.