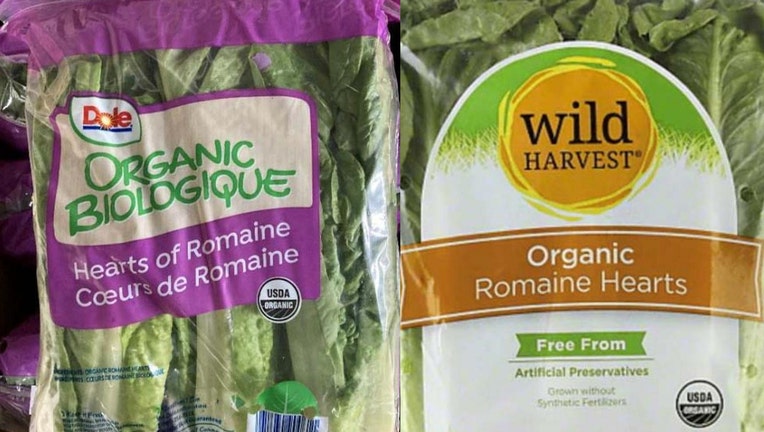 Dole Fresh Vegetables, Inc. has become the second company within a two-week span to voluntarily recall some of its romaine lettuce right before Thanksgiving over fears that it may be contaminated with E. coli.

Dole's notice comes just a week after Tanimura & Antle Inc. voluntarily recalled its single head romaine lettuce over fears that its lettuce may have been tainted by the bacteria. Both recalls were issued almost exactly a year after a pre-Thanksgiving outbreak of E. coli tied to lettuce from California sickened hundreds of consumers and led to a blanket warning about romaine lettuce.

However, Dole's recall covers only a "limited number of cases of organic romaine hearts," according to the Food and Drug Administration's notice (FDA).

However, "these products were harvested and packed nearly 4 weeks ago and should no longer be in commerce," the company said.

The recall was initiated after a package of Dole Organic Romaine Hearts tested positive for E. coli during routine checks by the Michigan Department of Agriculture and Rural Development.

To date, Dole has not reported any illnesses related to the recall. However, the bacteria can cause diarrhea, severe stomach cramps and vomiting, the FDA said.

U.S. health officials called an end to the 2019 outbreak in January after 167 people across 27 states fell ill, the CDC said. No one died, but 85 people were hospitalized, including 15 people who developed a type of kidney failure.

Another outbreak, which occurred in spring 2018, sickened more than 200 people and killed five others. That outbreak was traced to tainted irrigation water near a cattle lot. E. coli is found in the feces of animals such as cows.

It’s not clear exactly why romaine keeps popping up in outbreaks, but food safety experts note the popularity of romaine lettuce and the difficulty of eliminating risk for produce grown in open fields and eaten raw.