National Park Service officials said rangers were called Saturday to the reservoir between Nevada and Arizona after skeletal remains were discovered at Swim Beach.

It marked the fourth time since May that remains had been uncovered as Western drought forces the shoreline to retreat at the shrinking Colorado River reservoir behind the Hoover Dam.

But the Clark County coroner’s office said partial human remains found in the Boulder Beach area on July 25 may actually be linked to the skeletal remains discovered Saturday. 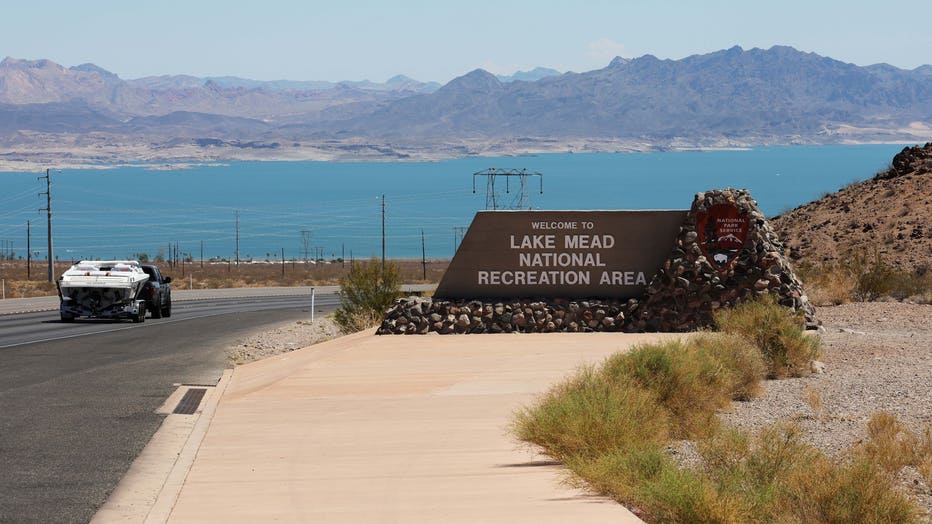 "At this time, the investigation into these remains includes working to determine whether the two sets of remains are from the same person or not," the coroner’s office told the Las Vegas Review-Journal.

On May 1, a barrel containing human remains was found near Hemenway Harbor. Police believe the remains were that of a man who died from a gunshot wound and the body was likely dumped in the mid-1970s to early 1980s.

Police have speculated that more remains may be discovered as the water level at Lake Mead continues to recede.

It’s the fourth time since May that remains have been uncovered as Western drought forces the shoreline to retreat at the shrinking Colorado River reservoir behind the Hoover Dam.

A woman said that she and her husband were docking their boat when they heard a woman scream. They then saw the body, which also had a shirt and belt visible.