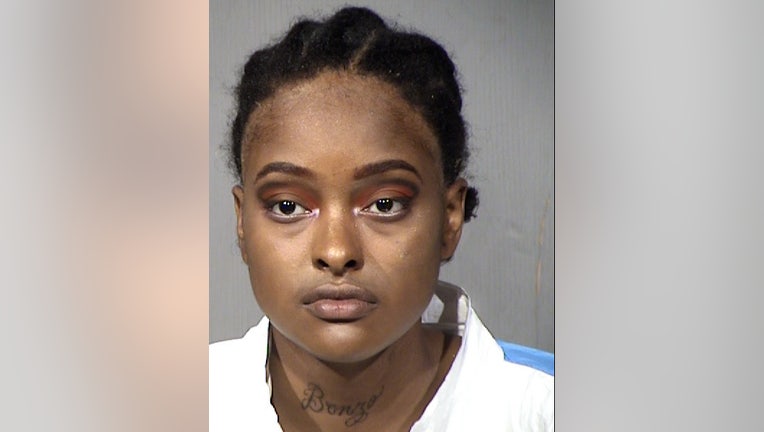 PHOENIX - Court documents have detailed an incident that led to the arrest of a 22-year-old woman accused of child sex trafficking.

According to the documents, obtained by FOX 10 on August 25, Precious Drake was arrested in the area of Camelback Road and 27th Avenue on the night of August 22.

In court documents, investigators accuse Drake of arranging a prostitution deal of $100 for sex between a 16-year-old girl and a person who was actually an undercover detective.

According to investigators, Drake said it was her first time in Arizona, and that they traveled together from Houston with the victim's boyfriend and another female. In a separate interview, the victim also said she traveled to Arizona with her boyfriend.

"The victim advised Precious was speaking with a subject in a vehicle when she called her over to the car," read a portion of the court document. "Once at the car, Precious advised her the subject was going to pay her $200 for both of them. The 16-year-old victim said she then got into the vehicle, and was under the impression the $100 she would receive was for sexual intercourse."

Investigators say Drake is from Ellisville, a town located about 130 miles northeast of New Orleans. She is accused of child sex trafficking and possession of marijuana, both felonies. Drake was released on her own recognizance, but cannot leave the state without the court's permission. A preliminary hearing is scheduled for the afternoon of September 10.