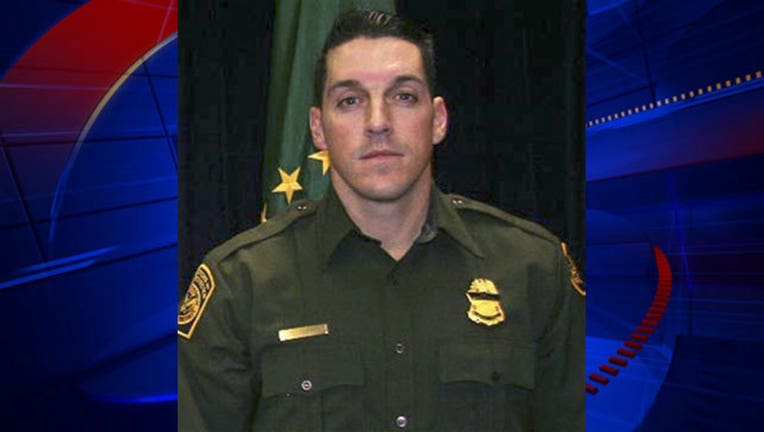 TUCSON, Ariz. (AP) -- Two suspects in the 2010 killing of a U.S. Border Patrol agent whose death exposed a botched federal gun sting will be the first to go on trial in the case this week.

Jury selection and opening arguments are set for Tuesday and Wednesday in the case of two men charged in the killing of Brian Terry during the Fast and Furious operation in which federal agents allowed criminals to buy guns with the intention of tracking them. Instead, agents from the Bureau of Alcohol, Tobacco, Firearms and Explosives lost track of 1,400 of the 2,000 guns involved in the sting operation, including two weapons found at the scene of Terry's killing.

Two suspects have already pleaded guilty, and two others remain fugitives. Jesus Leonel Sanchez-Meza, also known as Lionel Portillo-Meza, and Ivan Soto-Barraza will be the first to face trial.

Terry's family will be present at the trial next week.

"It's gonna be an emotional time for us, but we're just thankful that we have the opportunity to bring these two defendants to justice and we hope that the government is successful in getting convictions for these two individuals," family spokesman Robert Heyer said.

While the case will provide the first trial for suspects in Terry's death, the judge has excluded any information about the failed operation during the case.

Sanchez-Meza and Soto-Barraza were members of a "rip-off" crew that planned on robbing marijuana smugglers in the Arizona desert when they encountered agents patrolling the area on Dec. 14, 2010. A gunfight between the crew and the agents ensued. Authorities later discovered that two of the guns found at the scene of the murder had been part of Fast and Furious. The operation allowed criminals to buy guns in Phoenix-area shops with the intention of tracking them once they made their way into Mexico.

The operation became a major distraction for the Obama administration as Republicans in Congress conducted a series of inquiries into how the Justice Department allowed such an operation to happen. Former Attorney General Eric Holder was held in contempt after he refused to divulge documents for a congressional investigation into the matter.

Since then, the Justice Department has focused on arresting and trying all suspects involved.

Manuel Osorio-Arellanes, one of the men present but likely not the shooter, has been sentenced in the killing. He pleaded guilty to first-degree murder and was sentenced in February 2014 to 30 years in prison.

Rosario Rafael Burboa-Alvarez, accused of assembling the armed crew that was supposed to steal marijuana from smugglers when they encountered Terry and other agents, struck a plea deal with federal prosecutors last month that will likely result in a 30-year prison sentence, with credit for time served. He will be sentenced in October. Two other suspects remain fugitives.

Sanchez-Meza and Soto-Barraza face charges of first-degree and second-degree murder, assault on a federal officer, conspiracy to commit robbery, attempted interference with commerce by robbery and carrying a firearm during a crime of violence. Their attorneys did not return calls seeking comment.