PHOENIX - After 75 years, two World War heroes are finally receiving their medals. A packed house at American Legion in Fountain Hills honored the 96- and 97-year-old veterans and best friends.

It was quite the experience to watch these two veterans get the recognition after serving our country. But the story on how they were separated in the war and how they came back together against all odds is even more amazing.

"This is much more than I expected," Meade said.

"It's mind-boggling," Metcalfe said. "I wouldn't believe this in 100 years, to have my family [and friends here]."

The American Legion Post 58 in Fountain Hills held the ceremony to present both Metcalfe and Meade the awards they never received 75 years ago, including Prisoner of War and Purple Heart medals. 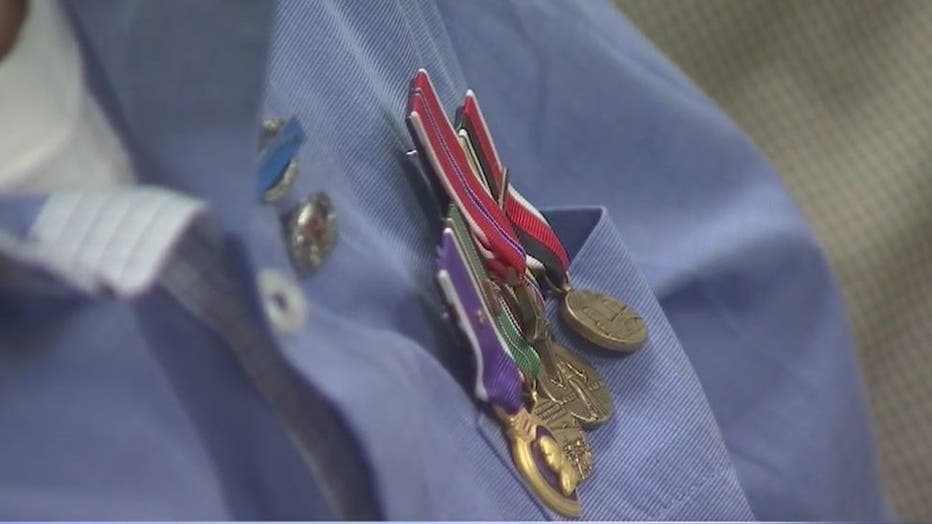 The friendship started when they were about 20, serving as paratroopers in World War II. They were both a part of Operation Market Garden, a failed operation in the Netherlands. During the battle, Metcalfe didn't hear an order to retreat, which resulted in an injury and his best friend, Meade, was forced to leave him.

"I was hit by the shell and they rolled me over," Metcalfe said.

"I had the feeling he was dead," Meade said.

Metcalfe became a German prisoner of war for many years. But one day, the two best friends were finally reunited.

"He showed up, woke me up, and I couldn't believe it because the last time I saw him he was laying in a ditch," Meade said.

On Friday, they were together again with their families, being honored for their sacrifices.

A book has been written about Metcalfe's experience, "Left for Dead at Nijmegen: The True Story of an American Paratrooper in WWII." The author was present at the event today and Meade and Metcalfe were both signing copies.