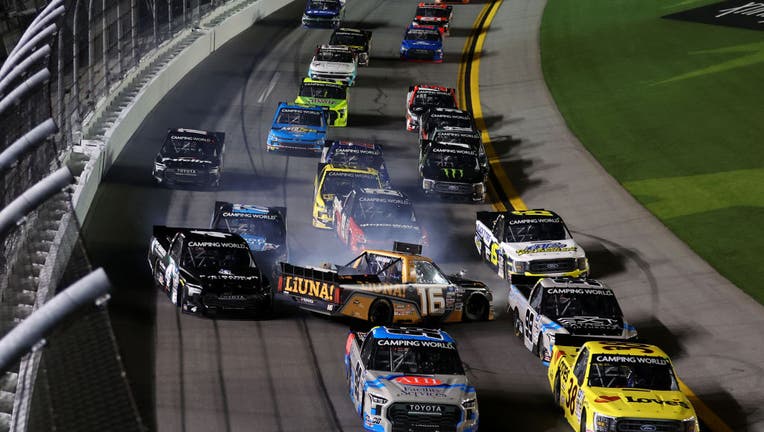 DAYTONA BEACH, Fla. (AP) - Zane Smith came inches away from winning the Truck Series opener in regulation. Forced to try again in overtime, Smith held on in a two-lap sprint to win at Daytona International Speedway.

The win Friday night was the fourth of Smith’s career but came in his debut driving the No. 34 Ford for Front Row Motorsports. Michael McDowell, in the team’s Cup car, won last year’s Daytona 500.

Smith had surged into the lead as the flagman threw the white to signify one lap to go, but it was at the exact moment an 18-truck crash behind him triggered the yellow caution light. The race would have been over had Smith crossed under the white flag before the caution lights flashed; instead the field was frozen for nearly 20 minutes to clean the mess off the track before overtime.

His timing was again impeccable as Smith reclaimed the lead and make it past the white flag. This time the race was over when another crash brought out the caution. 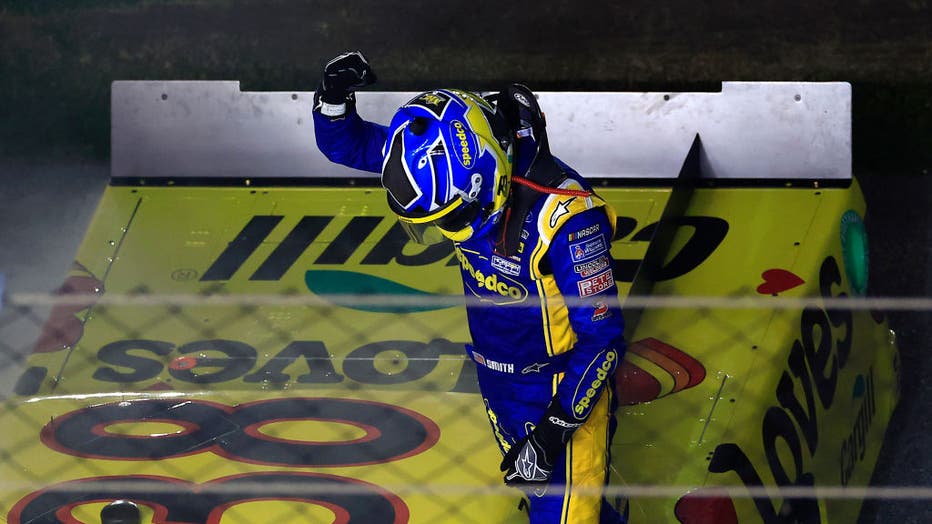 "Literally my heart hurt during that red flag. I thought we had it," Smith said. "This is going to be a really fun year. I’m going to try and make it a record year for myself."

Reigning series champion Ben Rhodes was credited with a second-place finish about 30 minutes after the checkered flag in a scoring change. Christian Eckes finished third in a Toyota and was followed by Tanner Gray in a Ford. The next three finishers — Parker Kligerman, Carson Hocevar and Jesse Little — were all in Chevrolets. 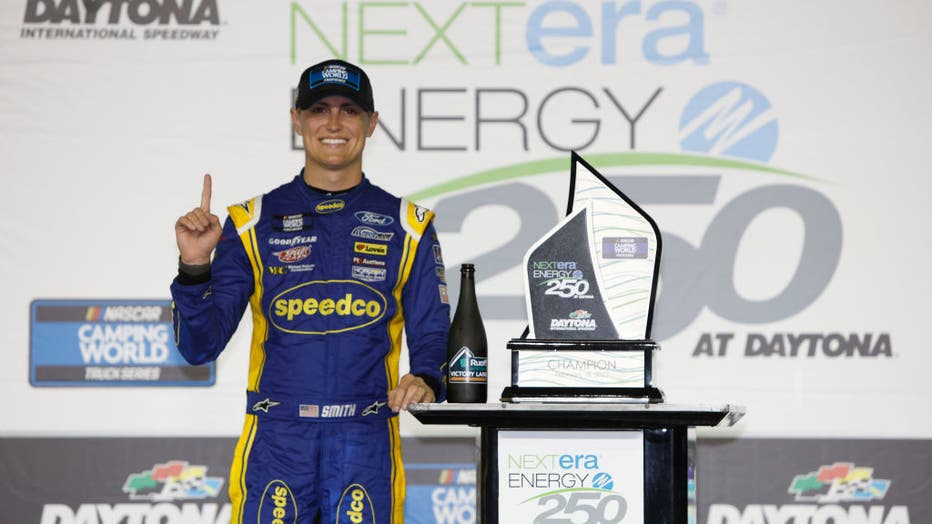 The race was extremely clean and caution-free through the first two stages, but no one believed it would last. Kyle Busch, who had two trucks in the field, printed a T-Shirt declaring Friday night "Most Expensive Day Every Year." Busch wore the shirt to the pre-race grid, where the empty pockets of his jeans were pulled inside-out as if he was broke. He said the shirt, which depicted a pile of burning money, could be purchased from his online store.

Sure enough, both his trucks were collected in the massive crash that ended regulation. John Hunter Nemechek was racing Smith for the win when his Toyota was damaged.

A maximum of 150 points can be attained in a race. The formula combines the following categories: Wins, Finishes, Top-15 Finishes, Average Running Position While on Lead Lap, Average Speed Under Green, Fastest Lap, Led Most Laps, Lead-Lap Finish.