MESA, Ariz. - One person was killed and three others were injured after a crash involving several cars on the U.S. 60 in Mesa, according to authorities.

Arizona Department of Public Safety officials said the crash occurred at about 9:30 p.m. on April 3.

Mesa Fire and Medical Department crews had to use hydraulic extrication tools to remove one person from a vehicle.

Authorities said a driver was in an emergency lane and attempted to pull a vehicle from that area using a tow strap.

But the car was hit by another vehicle as it attempted to enter the HOV lane and was pushed into the middle lanes of traffic, which led to additional collisions.

"The operator exited and sustained ultimately fatal injury after his vehicle was struck an additional time, hitting him in the process," stated Department of Public Safety officials.

The man later died at an area hospital. His name and age haven’t been released yet.

Three other people were hurt. Their names were not released.

The highway was closed for several hours and reopened shortly after 1:00 a.m. on Sunday. 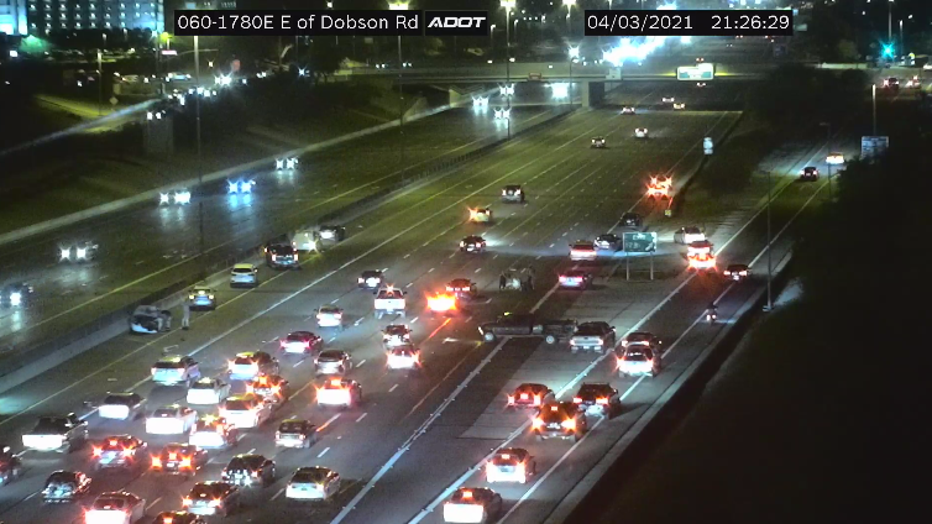 A deadly crash on the US 60 and Alma School Road. (ADOT)