PRESCOTT, Ariz. - A well-known boulder called Wizard Rock was taken from the Prescott National Forest two weeks ago, and now the Forest Service is looking for who is responsible and why.

"I can only assume that somebody took because they thought it was beautiful, and now it's sitting on display in somebody's yard potentially," said Jason Williams with Prescott National Forest.

Wizard Rock used to sit along Highway 89 near Whitespar Road in the Indian Fire area in Prescott.

"People called it the Wizard Rock cause some people looked at it and said it kind of looked like the head of a wizard, so that's how it got its name, but super unique in comparison to the other boulders that are around here," says Williams. 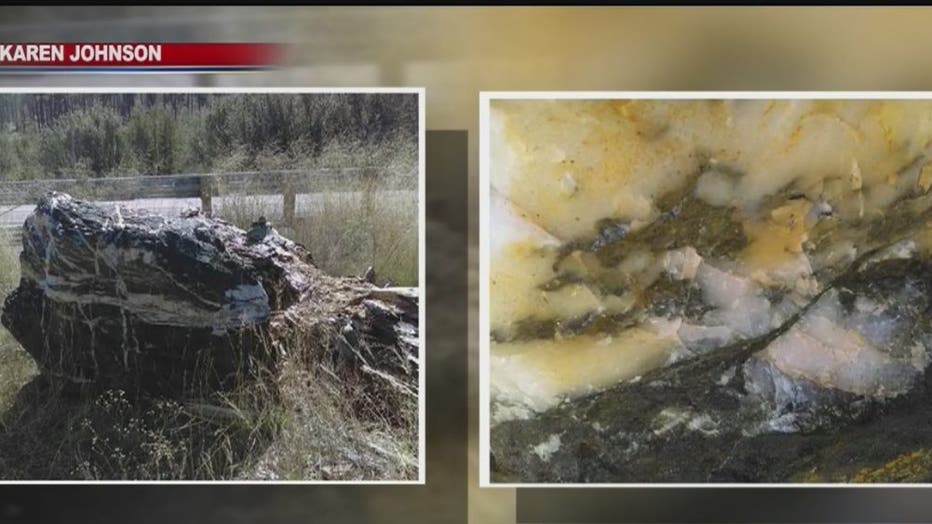 The 1-ton black boulder has a white quartz vein running through it. Whoever took it had to have used heavy equipment to move the nearly 2,000-pound rock.

"Really it kind of brings up the larger issue that we face on a lot of forest products, folks assume that it's no big deal, it's a rock, it's you know a tree or it's a small plant that I want to plant in my yard, and we say it's all yours to the public because it's public land but really it's all of ours in trust," explained Williams.

Jason Williams with Prescott National Forest says removing something like the Wizard Rock without a permit could cost you.

"At the level of removal of forest products where you're talking about a misdemeanor, we're talking a maximum fine of $5,000 and six months imprisonment, that's the maximum and it's hard to say when you go before a judge what fines will end up being," said Williams.

The Forest Service is asking anyone with information to give them a call.