The first preliminary outlook for the 2021 Atlantic hurricane season reveals that 2021 is likely to be another active year, according to a new outlook published Thursday.

LOS ANGELES - After 2020’s record-breaking hurricane season in the Atlantic Ocean, it would be nice to catch a weather break in 2021. However, the first preliminary outlook for the 2021 Atlantic hurricane season reveals that 2021 is likely to be another active year, according to a new outlook published Thursday.

While this research is far ahead of next year’s season, “early indications are that 2021 could potentially be another active season,” Klotzbach told FOX TV Stations. “Right now, we have about a 50% chance of having an above-normal hurricane season.” 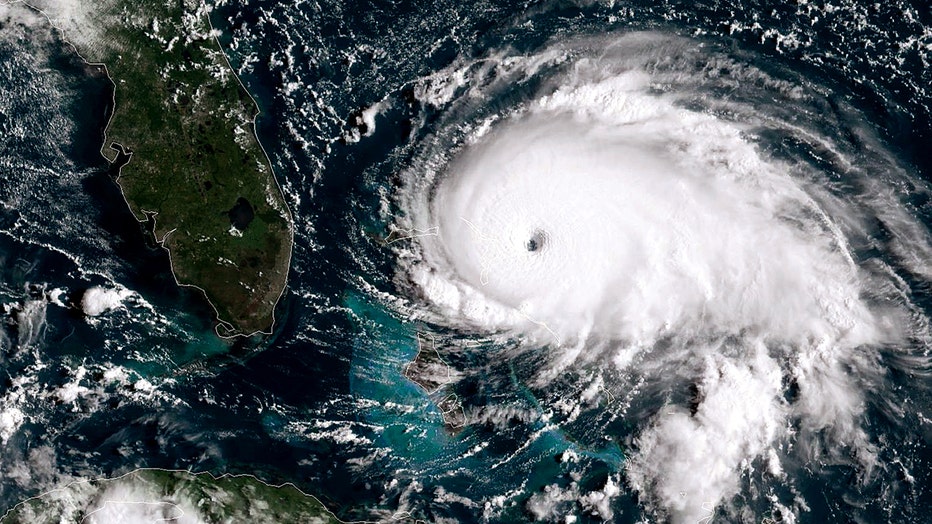 In this NOAA GOES-East satellite handout image, Hurricane Dorian, now a Cat. 5 storm, tracks towards the Florida coast taken at 13:20Z September 1, 2019 in the Atlantic Ocean.

The outlook was assessed using two primary physical parameters: the strength of the Atlantic Multi-Decadal Oscillation (AMO) and the phase of ENSO.

“Two big questions with the upcoming hurricane season are how the tropical Pacific will trend given the current La Niña event as well as what North Atlantic sea surface temperatures will look like,” the outlook read.

This begs the question of what the phase event will look like next year.

Experts say hurricanes are getting stronger for several reasons

Nasty hurricanes that cause billions of dollars in damage are hitting more often.

Models suggest that the Pacific will warm and remain a La Niña into the first half of 2021. However, during the hurricane season’s peak months, the phase may move to neutral conditions.

“It’s either El Niño or La Niña. It’s in between. If that were to persist throughout the hurricane season, then it makes what’s going on in the Atlantic much more important. If the Atlantic is warmer-than-normal, like it’s been for the last few years, it could potentially lead to another active season,” Klotzbach explained.

The strength of the AMO

The strength of the Atlantic Multi-Decadal Oscillation (AMO) is another factor to consider when determining the impact of next year’s hurricane season.

A positive phase of the AMO “typically leads to 3-5 times more major Atlantic basin hurricane activity than does a negative phase. The typical period of the AMO is about 60 years, with the period length varying between as short as 40-50 years and as long as 70-80 years,” the outlook researchers wrote.

Given that the last five hurricane seasons have been active, the outlook finds that enhanced AMO is likely in 2021.

There is still uncertainty this far out, but at this point, it appears that there is less of a chance that the phase would flip to El Niño, but if it did, then that could potentially lead to a much quieter season.

RELATED: Climate change: Past decade on track to be warmest on record, WMO report says

“With every hurricane season, you just need to be prepared, because you never know if a storm is going to strike. It just takes that one landfalling hurricane near you to make it an active season,” Klotzbach said.

The United States saw a record number of hurricanes in the Atlantic, including unprecedented back-to-back Category 4 hurricanes in Central America in November.

The extremely active 2020 Atlantic hurricane season officially ended on Nov. 30 with a record-breaking 30 named tropical storms, including 13 hurricanes and six major hurricanes. There were 12 storms that made landfall in the continental United States, according to the World Meteorological Organization.

RELATED: Tropical Storm Eta forms in Atlantic, ties record for most named storms in a season

“This is the most storms on record, surpassing the 28 from 2005, and the second-highest number of hurricanes on record,” the WMO wrote in a press release earlier this month.

Researchers at the University of Bristol analyzed future projections of hurricane rainfall in the Caribbean and found that climate change could result in extreme hurricane events being as high as five times more likely.