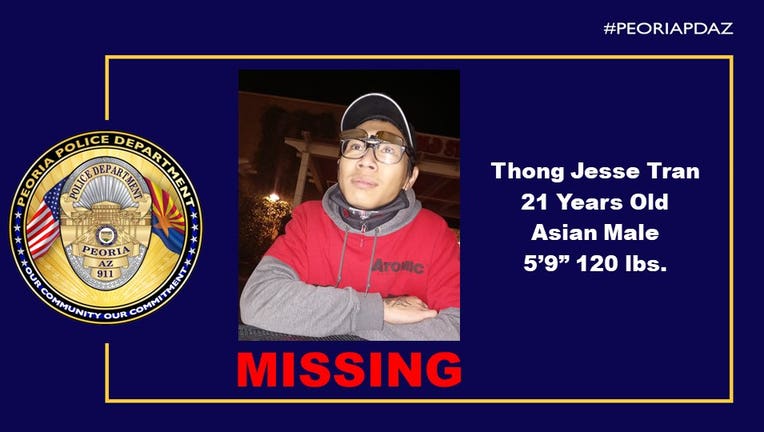 PEORIA, Ariz. - A 21-year-old man was found safe after he was reported missing out of Peoria on Dec. 26.

Thong Jesse Tran was said to be endangered after he went missing in the area of 90th and Peoria avenues around 1 p.m. He was last wearing a blue T-shirt that said US Navy on the front of it.

"According to family, Tran suffers from mental illness and is suicidal. Officers have been actively looking for Tran, but have not been able to locate him. It is unknown where Tran may have gone," police explained.