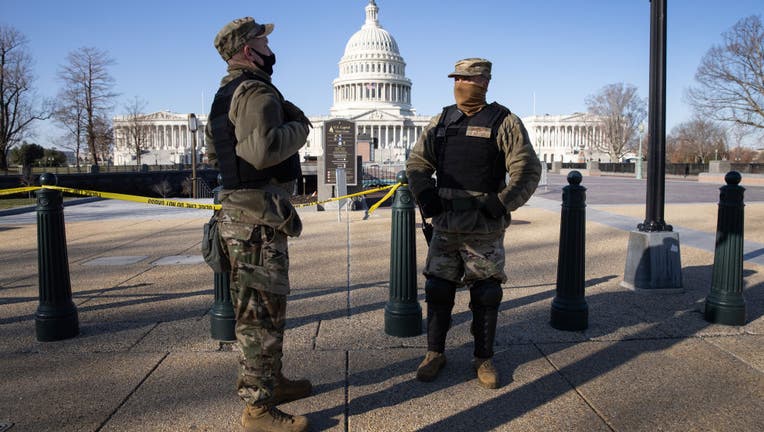 WASHINGTON - As President-elect Joe Biden's inauguaration nears, officials have boosted the number of National Guard members deployed in Washington, D.C., to 25,000 -- an increase of 25 percent.

Guard members have fanned out across the U.S. Capitol lawn, inside the building and in surrounding areas of D.C. for days. It's an unprecedented security force, deemed necessary in the wake of a deadly riot at the Capitol and continuing threats of domestic terrorism.

At least 7,000 National Guard troops from dozens of states are already on the ground in the nation's capital, with more expected to arrive in coming days at the request of the Secret Service, said Army Gen. Daniel Hokanson, chief of the National Guard Bureau.

The military security force will be more than three times the total number of U.S. troops currently deployed in Iraq and Afghanistan, reflecting heightened concerns after supporters of President Trump stormed the Capitol while lawmakers were certifying his loss in the Nov. 3 presidential election. 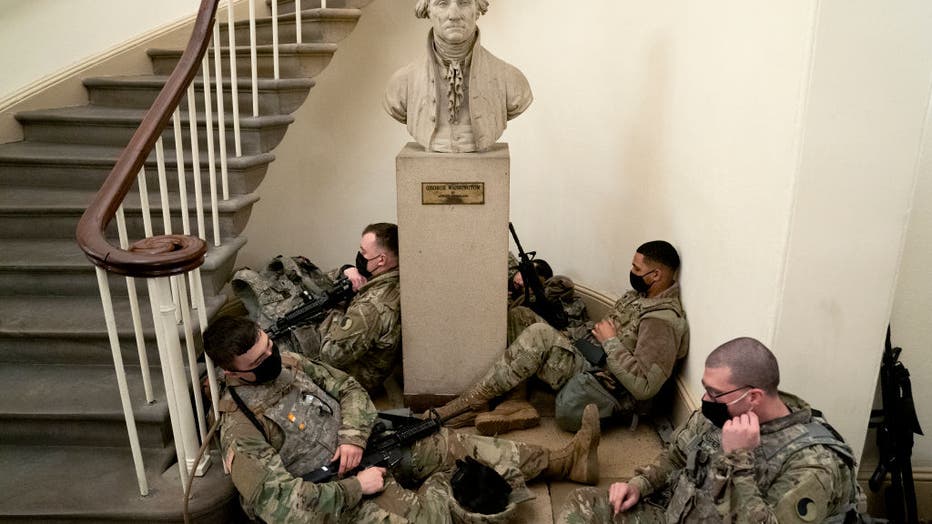 WASHINGTON, DC - JANUARY 13: Members of the National Guard rest in the U.S. Capitol on January 13, 2021 in Washington, DC. Security has been increased throughout Washington following the breach of the U.S. Capitol last Wednesday, and leading up to th

The National Guard has been briefed on the potential threat of IEDs throughout the city after pipe bombs were discovered outside the Democratic and Republican National Committee headquarters the day of the Capitol riot. The culprit remains at large.

Biden's inauguration ceremony is slated to take place outside the Capitol on Wednesday. While there will not be the usual throngs of spectators, security officials from multiple law enforcement agencies are worried about online "chatter" that the FBI said points to the possibility of further violence from Trump supporters who believe, falsely, that the election was "stolen."

City officials are erecting a perimeter throughout downtown and putting up barriers around the White House, National Mall and Capitol. In order to travel through the perimeter, people will need to provide proof of essential purpose.

The National Mall -- with the exception of two designated zones for a limited and tightly controlled number of protesters -- will remain closed until the day after the event,  as will a perimeter around the monuments, White House and other sections of Pennsylvania Avenue.

RELATED: Inauguration Day 2021: Everything you need to know