Tanker truck overturns, catches fire on I-95 southbound in Bensalem

I-95 is closed in both directions near Exit 39 in Bensalem after a crash.

State police say the crash on I-95 in Bensalem happened just after 9 p.m. Friday and caused several lanes in both directions of the highway to be shut down. 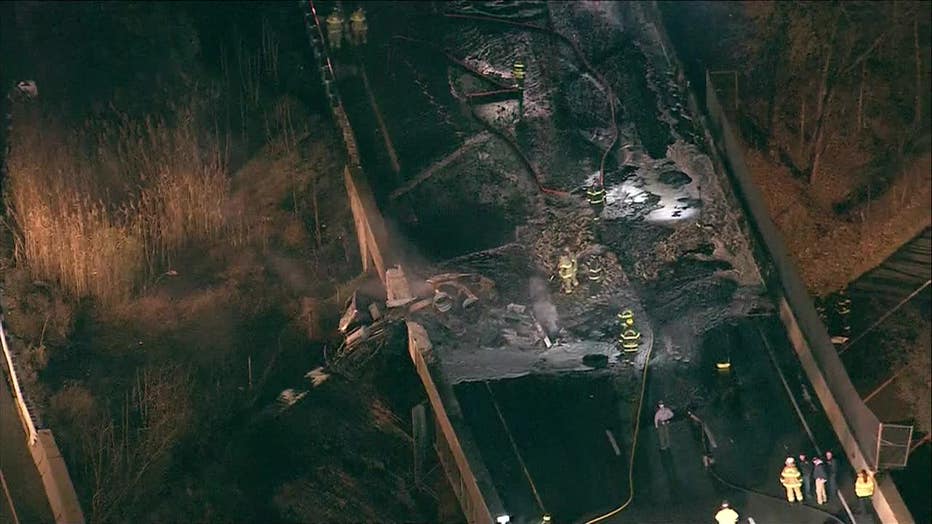 SkyFOX flew over a crash on I-95 southbound in Bensalem Friday night.

Authorities say the truck was carrying nearly 4,000 gallons of heating oil which quickly ignited, spreading flames from the highway overpass that set some nearby trees on fire.

Firefighters battled the flames for about an hour before the blaze was extinguished.

The names of the injured and details on their conditions were not disclosed.

The cause of the crash remains under investigation.