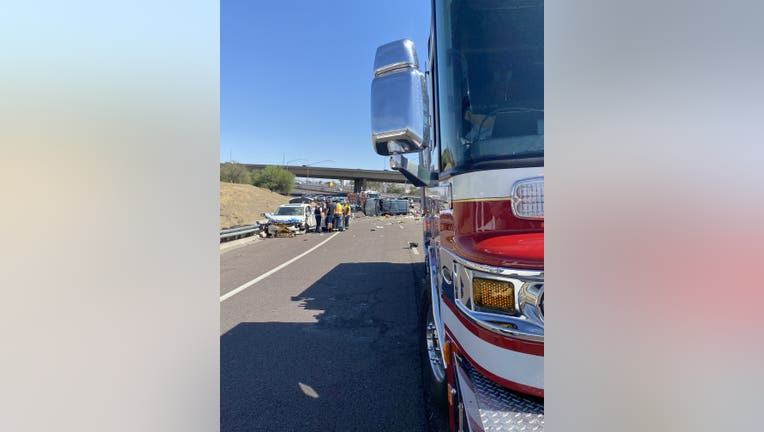 PHOENIX - Officials with ADOT say a portion of westbound I-10 is back open after a crash earlier Friday afternoon.

According to earlier information provided by ADOT officials, the crash happened at the I-10/I-17 split near Sky Harbor Airport, and traffic was directed onto I-17 for some time.

In a statement, Phoenix Fire officials say two vehicles were involved in the accident, with one person ejected and two others trapped in their car. One was taken to a hospital in critical condition, while the other two, including a pediatric patient, were evaluated and treated. Both refused transport to the hospital.