What is Amazon Web Services (AWS)?

Amazon Web Services (AWS) is a cloud platform offered by Amazon that stores its customers' data, runs their online activities and more.

Amazon Web Services (AWS) dealt with another partial outage early Wednesday, disrupting services at a range of companies that rely on it.

DownDetector, which tracks user outage reports, showed more than 1,300 reports of issues at one point with Amazon's cloud computing network. Users also reported issues for other sites and platforms, such as Hulu, Grindr and Rocket League.

"This is affecting availability and connectivity to EC2 instances that are part of the affected data center within the affected Availability Zone," the 5:01 a.m. PT update read in part.

It later said at 6:13 a.m. PT that AWS had "restored power to all instances and network devices within the affected data center" and was beginning to see recovery. 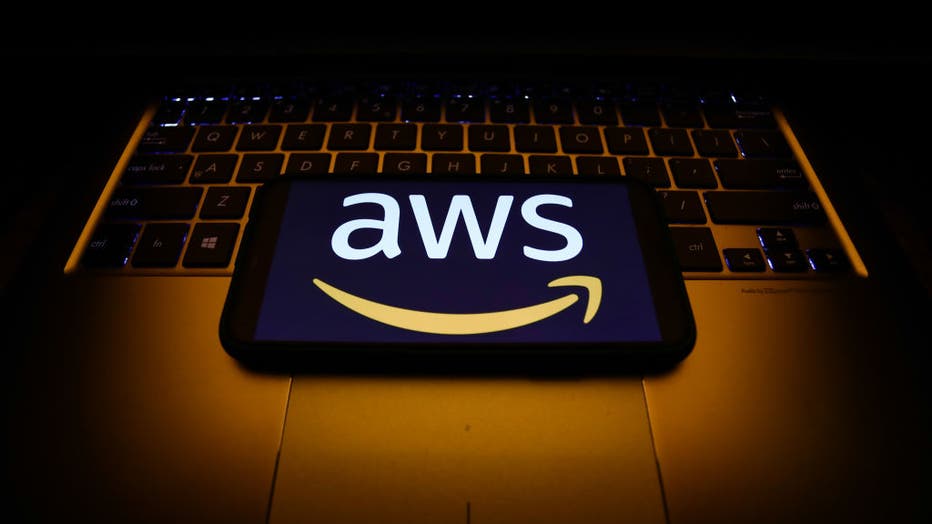 FILE - Amazon Web Services logo displayed on a phone screen and a laptop keyboard are seen in this illustration photo taken in Krakow, Poland, on Dec. 1, 2021. (Photo by Jakub Porzycki/NurPhoto via Getty Images)

The cloud-service operation stores its customers’ data, runs their online activities and more. It has also become a huge profit center for Amazon, holding roughly 40% of the $64 billion global cloud infrastructure market, according to research firm Gartner. That’s a larger share than its closest rivals Microsoft, Alibaba and Google, combined.

The issues reported Wednesday followed multiple recent outages of the cloud-service operation, including a previous major outage earlier this month for roughly five hours. The issue severely impacted many companies dependent on it to run their operations, which includes FOX properties.

Such outages have raised questions about the vulnerability of the internet and its concentration in the hands of a few firms. Sean O’Brien, a visiting lecturer in cybersecurity at Yale Law School, said the Dec. 7 outage was a "prime example of the danger of centralized network infrastructure."

"Though most people browsing the internet or using an app don’t know it, Amazon is baked into most of the apps and websites they use each day," O’Brien told the Associated Press.

He added that it’s important to build a new network model that resembles the peer-to-peer roots of the early internet. Big outages have already knocked huge swaths of the world offline, as happened during an October Facebook incident.

Even under the current model, companies do have some options to split their services between different cloud providers, although it can be complicated, or to at least make sure they can move their services to a different region run by the same provider. Wednesday's outage impacted Amazons' "US-EAST-1 Region."