American evacuees from China under quarantine at Travis Air Force Base

The first of two flights aboard privately contracted Boeing 747-400s, and operated by Kalitta Air, touched down at the Solano County military installation after their 6,500-mile flight from Wuhan at 3:59 a.m. The second landed 25 minutes later. That plane refueled at the base before heading to Miramar Marine Corps Air Station in San Diego.

All the passengers will be quarantined for 14 days. It's the first federally ordered quarantine in 50 years. The evacuees on the first plane that landed at Travis Air Force Base are staying at the Westwind Inn, where they are being monitored for the virus and symptoms of coronavirus.

A young child who had a temperature was taken to a local hospital with his mother for closer observation.

"Children have fever for a number of different reasons. The child will be evaluated, put in isolation and tested," said Dr. Henry Walke with the Center for Disease Control and Prevention.

U.S. health officials said that so far, none of the evacuees are showing symptoms of the virus, which has been linked to nearly 500 deaths.

Evacuees can socialize to a limited degree but the children shouldn't share toys.

"They are not stuck in their room. Ther are common spaces and an outdoor area," Walke said. 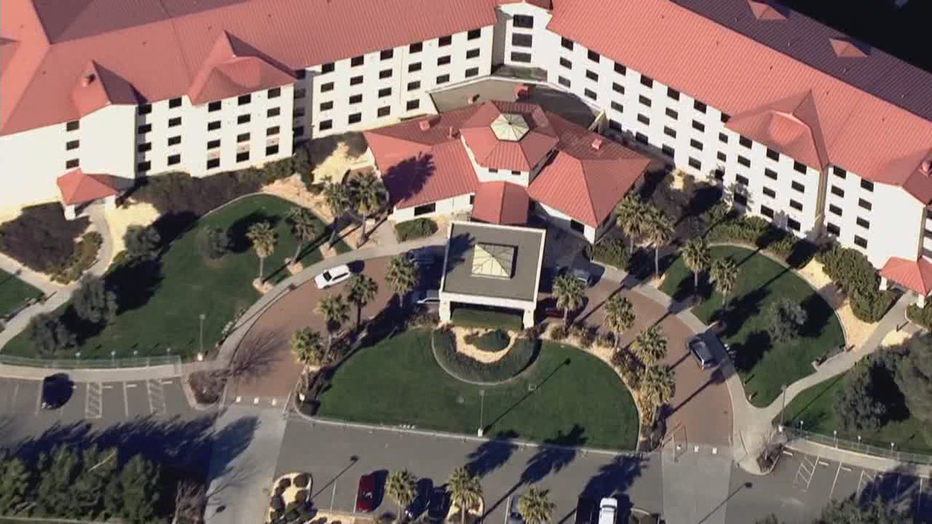 An aerial view of Travis Air Force Base.

One civilian employee on the base said she was kept in the dark about the plan, though no one working at the base will be in contact with the evacuees.

"It's kind of hush-hush to me, there wasn't really a lot of information that went out," said Kim Yarbrough, a base employee who works for the Department of Veterans Affairs. "I learned about this on the internet before they announced it on the base."

Some feel unsettled with coronavirus evacuees

In town nearby, there was mixed reaction to having the evacuees from China staying so close.

"I'm not really digging this move just because of the safety of my family and friends," an airman told KTVU, as he entered the Walmart Store in neighboring Suisun.

He declined to give his name, fearing repercussions from higherups.

But his unease about the virus was clear.

"We all got to be cautious and clean and wash with lots of soap," he said.

The base has received more than 800 comments on Facebook, some unhappy that they have been ordered out of the hotel to make way for the evacuees. Others are worried about security slip ups, and the virus, if present, potentially spreading.

Yet others said they understood the situation, despite any personal fears.

"It's a little scary but I hope they have it under control and they know what they're doing," said tattoo artist Beth Hood, who inks a lot of military customers at a shop next to the base.  "I think they are all more worried than we are as civilians out here, because it's affecting them closer to home.

"I grew up here during the Vietnam War, planes coming and going all the time so I'm not surprised by this," said Fairfield native Diana Flores, enjoying dinner at a downtown brewpub, Rustwater Kitchen.

Other residents agreed: The airbase is part of Fairfield's fabric of life, and they expect it to be tapped at times like this.

"Well, you have to put them somewhere and I guess Travis Airforce Base is the safest place to keep them," said Steve Lang, leaving a music store with his daughter Lexi, 9. "It's in our backyard and that's too bad, but I guess they know what they're doing."

The base is posting updates on Facebook, and has held a town hall meeting to reassure nervous personnel and their families, especially those spread among 1,800 housing units on the property.

Travis officials and the CDC insist the base is only providing lodging - not care- and a safety cordon around the hotel will be enforced by U.S. Marshals to keep evacuees isolated.