Arizona Gov. Doug Ducey has tested positive for COVID-19, according to a statement from his office. He was supposed to join former VP Mike Pence for a border security address in Phoenix.

PHOENIX - Arizona Gov. Doug Ducey has tested positive for COVID-19, according to a statement from his office.

The governor is reportedly asymptomatic and feeling well, and thanked former Vice President Mike Pence for his "continued advocacy" on border security.

Ducey was set to join Pence in Phoenix on Monday to discuss border security at the Arizona Commerce Authority. The former VP will still tour the border.

"In coming to Arizona, Vice President Pence is visiting a state that is at the forefront of the national security and humanitarian crisis at the border," read a statement released by the governor's office. "Last year, more fentanyl was seized in southern Arizona than in the previous two years combined." 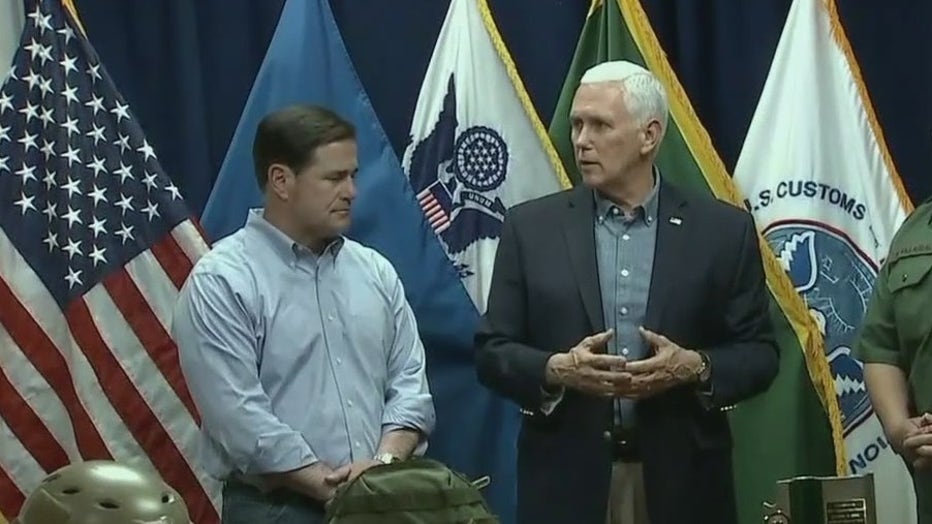