PHOENIX - The Arizona Humane Society says a stolen transport van has been found after it was reportedly stolen by a suspect running from police.

Spokesperson Bretta Nelson says it was taken outside of the organization's Sunnyslope campus on May 18 near 13th Avenue and Hatcher Road.

A staff member was inside the van at the time, but was unharmed, according to Nelson. The suspect also reportedly crashed into two other vehicles while fleeing.

"As a nonprofit organization that relies on donations, we utilize this vehicle to safely transport pets amongst our locations and to help take in pets from other shelters around the Valley when they are overcrowded," Nelson said.

The suspect reportedly discarded more than $1,000 in items from the van while fleeing, including eight dog crates, 16 cat crates, and various bungee cords, leashes and a large water jug. Those items are still missing.

Phoenix Police is investigating the case. 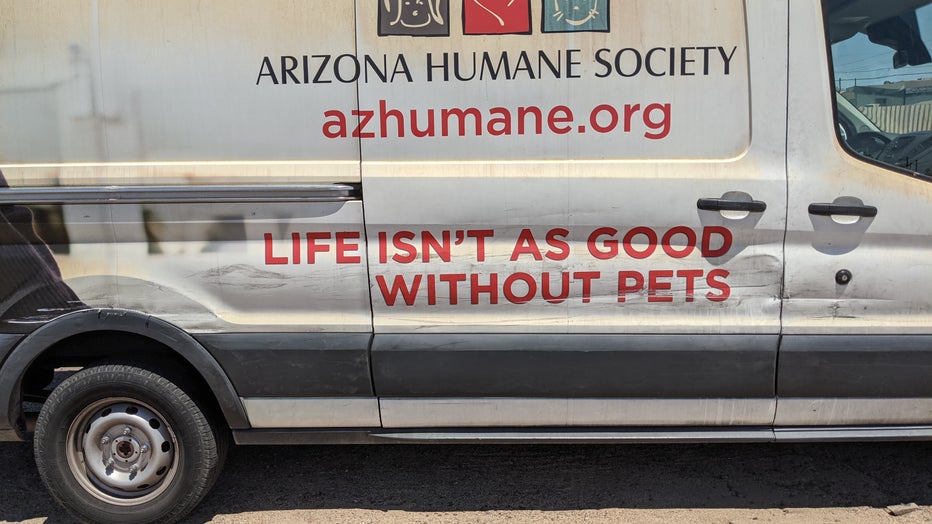 The damaged transport van has been recovered.