The bill, known as House Bill 2486, would not legalize psychedelic mushrooms, Rather, it would allow a research advisory council to be set up to study the drug's impacts, thus allowing clinical trials to be conducted to evaluate the effects on mushrooms of various ailments. FOX 10's Stephanie Bennett spoke with a local clinic on how that could change medicine.

PHOENIX - A bipartisan group of Arizona lawmakers have introduced legislation to study the possible benefits of psychedelic mushrooms for mental health and various other disorders.

If House Bill 2486 is passed, a research advisory council would be established to study the impacts of the drug. The bill would not legalize mushrooms for recreational use.

Clinical trials would be conducted to evaluate the effects of mushrooms on PTSD, depression, long-term symptoms of COVID-19 and other conditions.

Lawmakers would seek $30 million for a three-year study.

New clinic says bill could be a game-changer

A Phoenix-area clinic opening in February plans to use psychedelics to treat several issues, and officials with the clinic say the bill could be a game-changer for them.

The Daytryp Clinic in the Arcadia area of Phoenix offers Ketamine-assisted therapy.

"Ketamine is entirely legal," said Jeff Toppel, an attorney representing Daytryp Health "It’s a scheduled drug, but under the supervision of a health care provider."

Ketamine was created in the 1960s in Belgium as an anesthesia medicine for animals. The Food and Drug Administration in the U.S. approved it for people in the 1970s, and recent studies show it has powerful effects in fighting depression, PTSD, anxiety, suicidal thoughts, and other issues.

"I came to it because my daughter was going through cancer treatment, and so that was super traumatic, as it would be for any parent," said David Romanelli, a patient at Daytryp Health. "I had terrible anxiety. I was always worried. Everything triggered me, and I needed a different way a different approach to living so I could be a better father and a better husband. I had heard a lot about psychedelic therapy, particularly Ketamine, and I came in and had an experience, and it’s the most profound reset."

Every person is evaluated before treatment. Vitals are taken before and after each session, and patients are given eye coverings and relaxing music to fully immerse themselves in the experience. The medicine lasts 40 to 60 minutes.

"It’s an inner journey. That’s what’s so cool about it," said Romanelli. "Turbo-charged, light speed healing. What I think would take 20 years to accomplish with talk therapy, you can do it in psychedelic therapy in a matter of an hour.:

If HB2486 passes, the clinic hopes to expand into mushrooms for their patients.

"It’s really focused on giving grants to provide studies to groups that really could use it, like veterans, first responders, healthcare workers, and a number of other groups," said Toppel, when talking about HB2486.

Ajona Olsen, Daytryp Health's Medical Director, said the clinic would love to help with the studies if the bill passes. 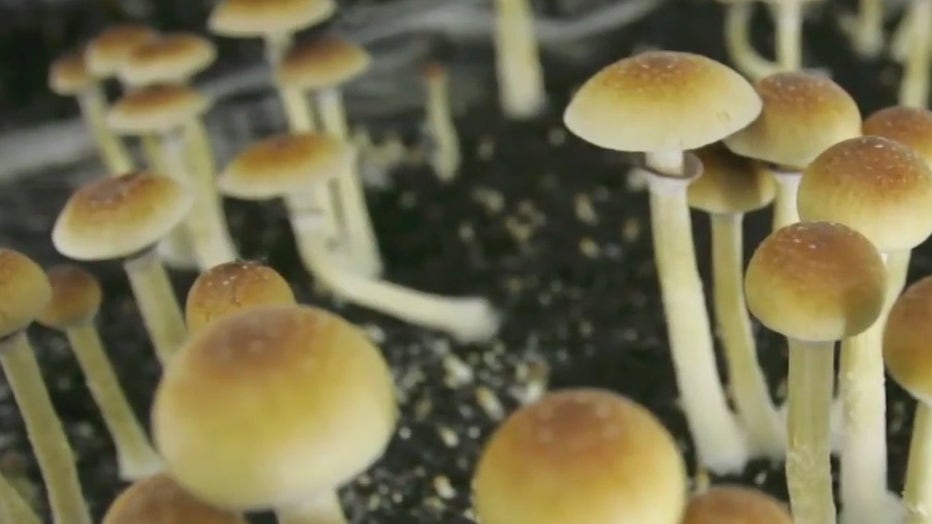