PHOENIX (AP) - State utility regulators lit into top executives from Arizona Public Service at the start of a hearing on power disconnection rules and political spending.

Earlier this year APS detailed millions of dollars of political spending to help elect it's favored regulators and defeat a ballot measure that would have required the utility to deploy more renewable energy.

Commissioner Sandra Kennedy says APS chief Don Brandt has acted like a kingpin running the company to enrich himself. Brandt is retiring in November.

"Mr. Brandt, your behavior is that of a kingpin who operates a company to mainly benefit himself," said Commissioner Sandra Kennedy. "You have, in essence, created a machine to purchase any elected official and defeat anyone in your way."

The company is also under fire after a woman died when her power was shut off in triple-digit heat. During the meeting, the commissioners grilled Brandt over the tens of thousands of customers that were disconnected from the power grid every year, due to non-payment.

"The average for all six years is 79,446," said Commissioner Kennedy. "Mr. Brandt, don't you think that number is astronomical for one year? its been relatively consistent for every year since 2013."

An emergency moratorium on power disconnections was put in place after the death. APS has since agreed not to disconnect customers until October 15, but the CEO anticipates payment problems.

"It's gonna present -- we're gonna have some challenges," said Brandt. "We're going to bend over backward. We will work with the customer."

Brand says there are currently about 85,000 customers who are behind in payments. After October 15, they will be put on payment plans that stretch from four to six months./

The meeting room was packed with protesters and consumer groups, relieved that the Corporation Commission is finally holding the outgoing CEO accountable.

"The Corporation Commission needs to make sure that APS has honesty, transparency, and accountability, and this is just the beginning," said Gloria Montano.

Possibly one of the biggest news out of Wednesday's meeting is that the U.S. Attorney's Office is still investigating APS. 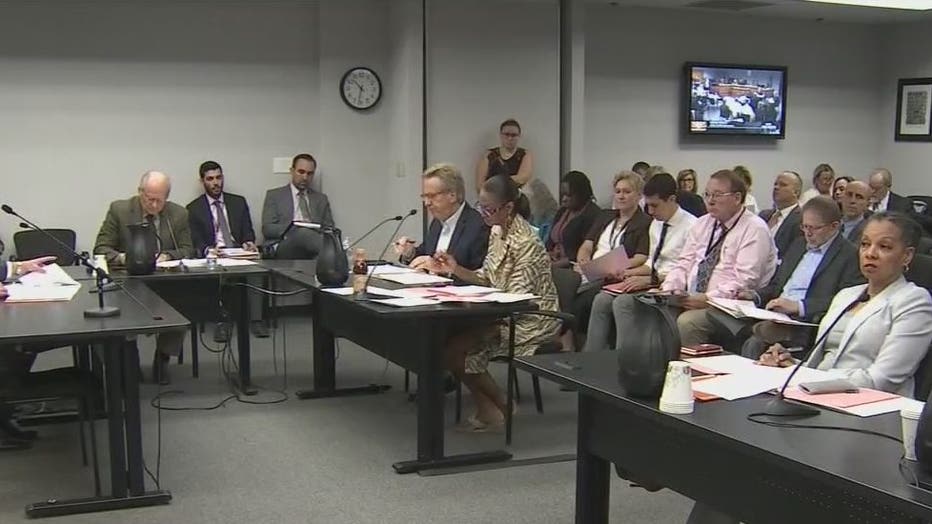