PHOENIX - Arizona's capitol building received a facelift as crews got to work replacing the old copper dome with a new one.

The old dome was beaten up by wind, rain and hail since it was last replaced 10 years ago. Of course, before the new 2,500 pound top goes on, the old top must come off.

The project drew spectators near and far. 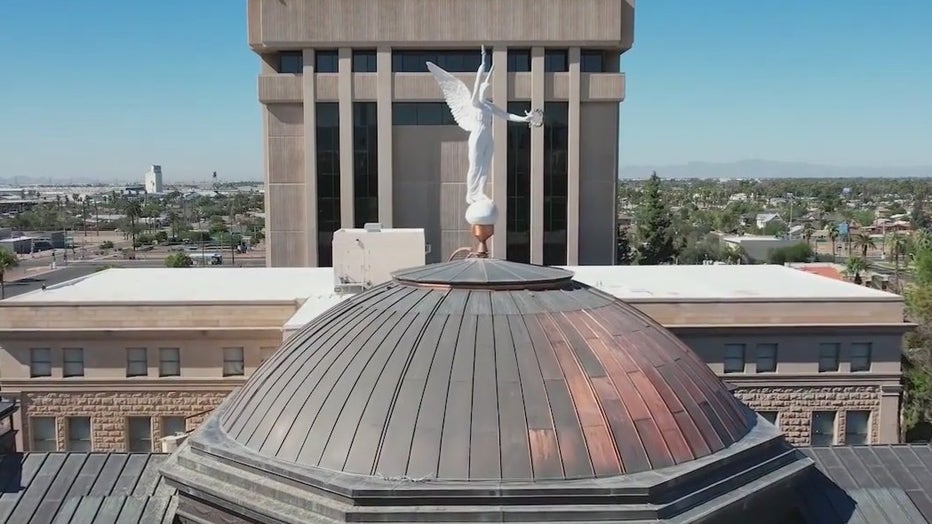 "My husband and I got married a couple of years ago, and we have a goal to see every capitol in the United States," Chris Roth said.

The two-month project cost about $870,000 and the copper was purchased in Arizona.

The money comes from the nearly $12 million set aside to spruce up the historic building. This time the copper will be sealed before it’s installed, which should improve its look and shelf life.

"It’s pretty. It’s got a different look to it and some of the other capitals I’ve seen," said Louise Ricksecker.

The winged lady liberty at the top remained untouched during the touchup.

"We like history. We like architecture. We’d like to see what kind of events happened in that state to see what inspired people in those areas," Roth said.

Nearly two months later on Dec. 17, the copper dome was seen being worked on, nearing its completion date.

By Jan. 3, the renovation was complete.

The Arizona Department of Administration showed FOX 10 behind the metal detectors, up to the 9th floor of the executive tower to get the governor's view of the new taxpayer-funded dome.

The first copper dome on the capitol lasted 40 years. It was replaced after a hailstorm in 2010,so the now-replaced corroded dome only lasted 10 years.

So what went wrong? The state says the sealant process simply didn’t work, so this time they made it to last.

"We did a different process this time. It was sealed in a warehouse, and we really believe that will make the difference," says Megan Rose with the Arizona Department of Administration.

"I’m very proud. I’m an Arizona native. We’re known as the Copper State and it is very fitting we were able to restore the dome back to its bright and shiny copper for everyone to be proud of," Rose said. 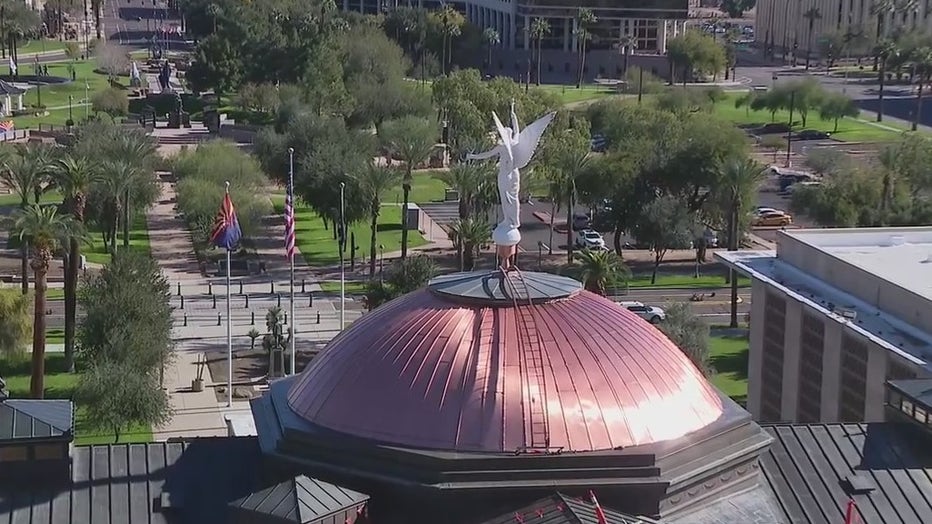 History of the dome

The first dome on the capitol building was actually painted with copper-colored paint. Arizona couldn’t spring for the real thing.

It was in the '70s they finally put up a copper dome, and as you can see now, the Copper State is covered in copper yet again.

Arizona's Capitol building to be topped with a new copper dome

Arizona's capitol building is getting a facelift as crews got to work this week replacing the old copper dome with a new one.