TEMPE, Ariz. - Police along with the Anti-Defamation League is investigating after posters with swastikas were found on the Arizona State University Campus in Tempe.

Students at Arizona State University say they're shocked to hear that swastika flyers were placed around their campus.

"Unsafe, I guess, just because it brings back old memories from history and stuff I guess uncomfortable," said one ASU student.

The locations of these flyers that were found are unknown at this time.

"The flyer uses the hate symbol of the swastika but it also used the star of David but it was not meant to be in a good way," said Carlos Galindo-Elvira with the Anti-Defamation League of Arizona. 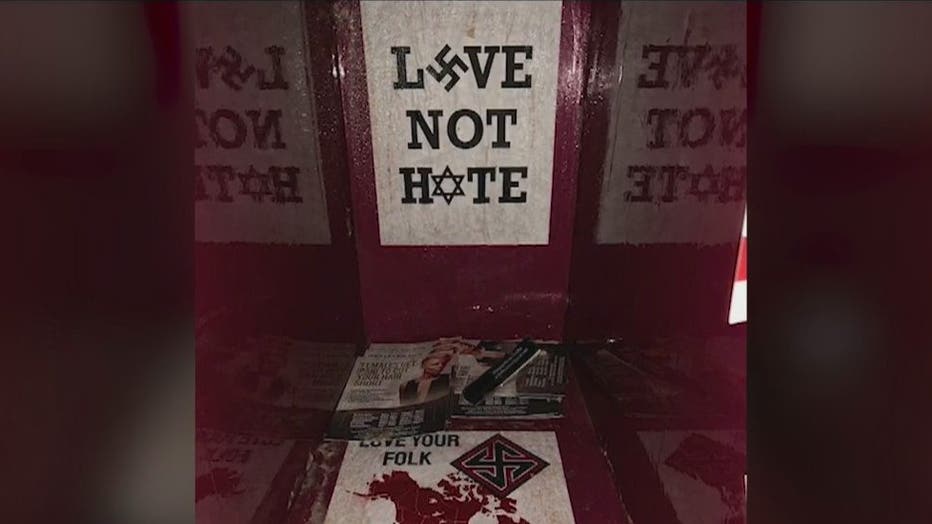 The Anti-Defamation League of Arizona is stepping in after multiple reports were received. They will be recording the incident.

"It can be concerning for the safety and security of Jewish students," said Galindo-Elvira. "We have seen arise across the United States on anti-Semitic incidents." "In Arizona, they are mostly vandalism and harassment, however, we do not want to see an incident that involves violence, so that is why we have been reaching out to law-enforcement and Jewish student organizations."

Arizona State University Police with the assistance of Tempe Police are investigating.