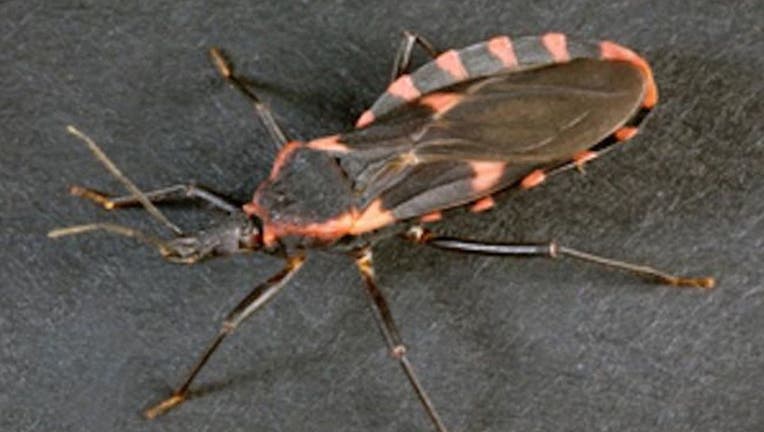 (FoxNews.com) - Insects known as triatomines, also known as "kissing bugs," are starting to become more common in the U.S. -- but don't let their seemingly affectionate nickname fool you.

These blood-suckers spread a dangerous illness called Chagas disease. The disease, which has spread to the U.S., was previously only found in Central and South America and Mexico.

At least 8 million people have been infected in those areas, according to the Centers for Disease Control and Prevention's most recent report in December 2017. And an estimated 300,000 Americans in the U.S. also have the disease, a recent news release from the American Heart Association states.

The disease, triggered by the parasite Trypanosoma cruzi, is sometimes called the "silent killer" because many people don't show any symptoms.

Kissing bugs spread the infection by biting a human, typically on their face (hence the nickname), and then defecating near the wound. The parasite can then get rubbed into the open wound or get into the body if someone touches their mouth or eyes afterward.

Chagas disease can cause life-threatening heart issues, including heart disease, strokes, arrhythmias and cardiac arrest. About one-third of those infected will develop chronic heart disease, according to the AHA.

"Early detection of Chagas disease is critical, allowing prompt initiation of therapy when the evidence for cure is strong," Caryn Bern, professor of epidemiology and biostatistics at the University of California in San Francisco, warned in an online statement.

While nearly 70 percent of people infected don't notice any symptoms, studies of past cases have noted they can include fever, lethargy, aches, rashes, swollen glands and a bump around the bite.

Doctors can detect the disease through a simple blood test. If the infection is caught early enough, medications should be able to treat it.

"If untreated, infection is lifelong and can be life threatening," the CDC warns.

So far, a total of 11 species of kissing bugs have been spotted in the U.S. -- the majority of which are concentrated in states along the U.S.-Mexico border. However, they've been documented in at least 28 states across the country, a research team at Texas A&M found.

"Previous studies have found that, on average, 50% of kissing bugs are infected with the Chagas parasite," the Texas researchers wrote on a website that details their extensive studies of the insects.