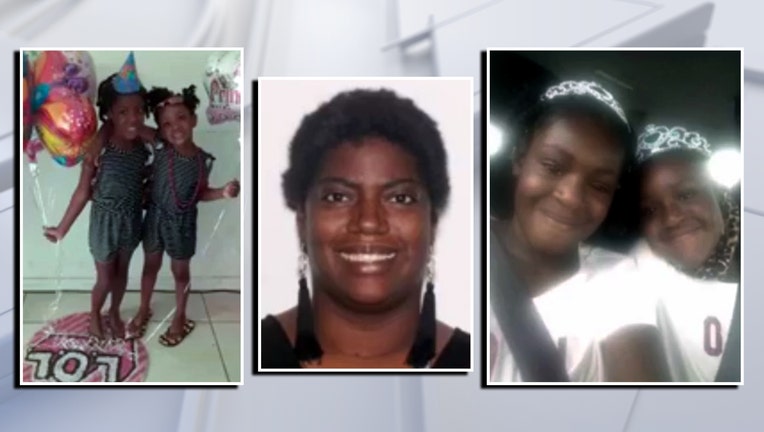 LAUDERHILL, Fla. - Police in South Florida say the two young girls found hours apart in a canal have been identified as sisters, and investigators say their mother is a person of interest in their deaths.

Lt. Mike Bigwood said the girls' mother, Tinessa Hogan, is considered a person of interest. Hogan said she is not in custody but that they know where she is.

Investigators said their causes of death have not yet been determined, but they are treating the case as a homicide.

The girls and their mother were last seen together around 5 p.m. Monday, police said.

The body of the first girl, later identified as 9-year-old Destiny, was spotted just after 12 p.m. Tuesday outside a condominium complex in Lauderhill, which is near Fort Lauderdale. The second body, 7-year-old Daysha, was found just before 9 p.m., not far from where the first body was located.

Police said no parents had come forward to say their child was missing by late Tuesday night. At first, authorities did not suspect foul play because the first body showed no signs of trauma.

After the first body was found, detectives walked the length of the canal that runs behind the Habitat II Condominiums, but did not find anything else, Santiago said. Then, at 8:45 p.m., police received a 911 call from someone who spotted the second child's body.

The first child was wearing jean shorts and a gray shirt that had rainbow lettering of the word "Dance." She wore her hair in twists and did not have on shoes. The second child was wearing a tan shirt and flowered pajama bottoms, WSVN reported, citing police.

On Tuesday afternoon, detectives knocked on doors in the neighborhood, asking neighbors if they knew the little girl. Police believe she lived at the complex, the South Florida SunSentinel reported.

Neighbors told the newspaper the child had been seen with another girl about her age Monday. And that they saw a woman swimming in the canal Monday night and reading the Bible not far from the spot where the first body was found. Santiago confirmed the witness accounts, the SunSentinel reported. 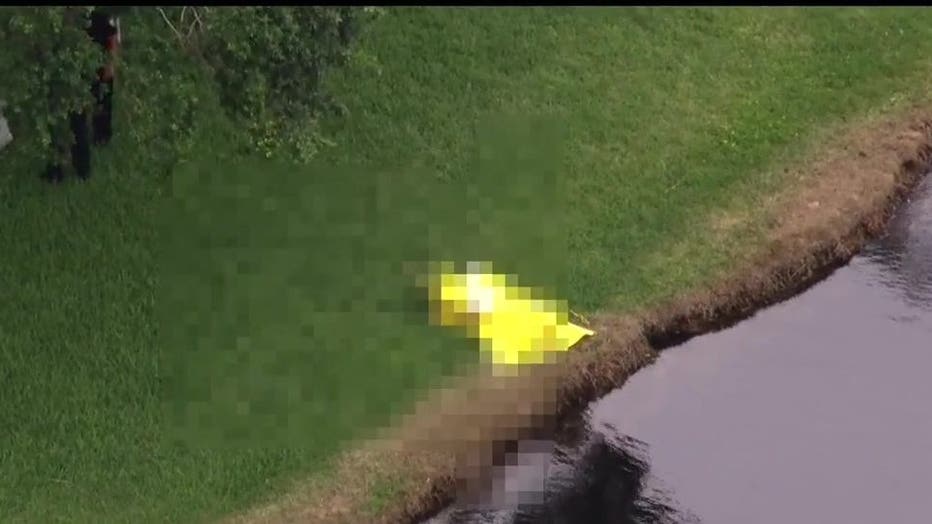 During Wednesday afternoon's press conference, police said they are investigating reports that the mother had been offering to baptize people in the neighborhood.

Lawna Johnson, 51, told the newspaper she was sitting near the canal Tuesday when she spotted the body in the water.

"It’s just upsetting," she said. "I see things on TV; I ain’t never seen something real like that."