The far East Valley town is experiencing a population boom, as people from around the Valley and other states are moving in to the once tiny community. FOX 10's Danielle Miller spoke with town officials on what they are doing to keep up with the population growth.

QUEEN CREEK, Ariz. - Queen Creek, once a very small town in the far East Valley, is among the fastest-growing communities in Arizona.

The website, homes.com, just ranked the town a top 10 place to move to in 2021, signaling what was once just miles and miles of farmland is now transforming into a bustling community.

Town Manager John Kross says much of that farmland is being bought up by developers.

"About 2,000 housing starts for this fiscal year for us," said Kross. "Each home about 3.5 people per home, so it's about 7,000 people that are moving in just as a result of last calendar year, and from what we’re seeing from this forecasted calendar year as well."

People from out of state, as well as from other parts of the Valley, are moving in 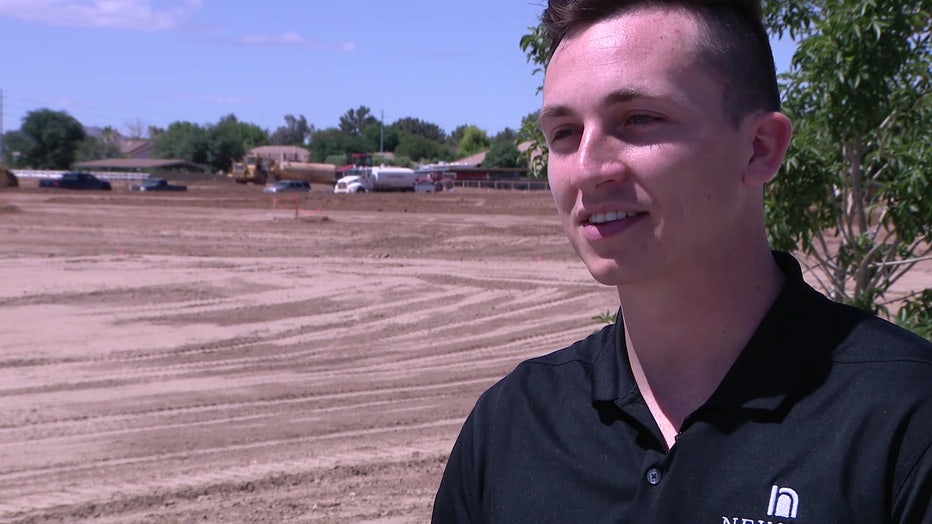 Austin Simonton with Nexstar Homes, which builds spec homes and tract homes, says both sectors are busy. He says many of their customers are requesting the Queen Creek area, and these customers are coming from around the Valley, and many from other states.

"This year so far, we've had about 564 permits pulled in the first quarter, whereas last year, we're looking at about 450 about this time," said Simonton. "People from California who are moving out here, as well as people who were here working in Phoenix, can now push a little bit more out from those metro areas, and they're looking for more space. A little bit more house as well." 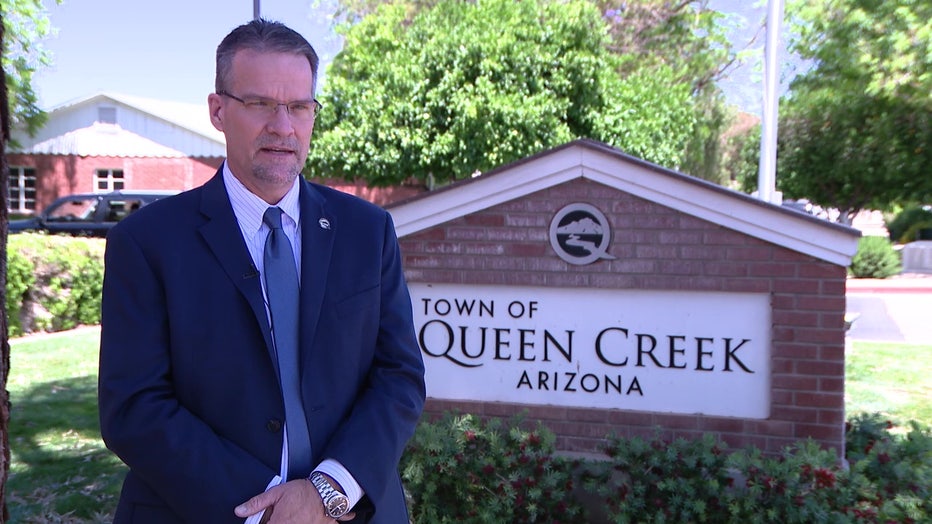 To keep up with the growth, Queen Creek spends two-thirds of the annual budget on infrastructure. More money is now being invested in parks and trails, as well as public safety.

"We’re going to be transitioning to our own police department in January of next calendar year, and we're on schedule with all of the recruitment parts of that," said Kross.

With plenty of land left to develop, there’s room to grow.

"Today, we're about 50% growth out from a growth curve perspective, so today, as I mentioned, we're about 68,000 population, so there’s a potential to double that, but that’s over the next 30 years and maybe even 50 years."