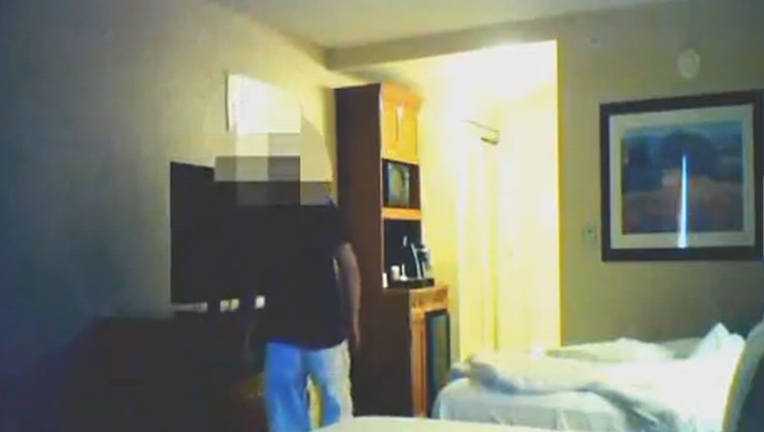 Prosecutors say Edward Peng left cash in hotel rooms in exchange for what he thought was classified US national security information.

Xuehua Edward Peng agreed in court to a four-year prison term and a fine of $30,000 in a plea deal negotiated with prosecutors after they charged him with being an illegal foreign agent who delivered U.S. national security information to officials in China.

U.S. District Judge Haywood S. Gilliam Jr., however, declined to accept the plea deal until sentencing, which is scheduled in March.

Peng, 57, is a naturalized U.S. citizen in federal custody since late September, when he was arrested at his Hayward residence to the surprise of neighbors, who knew him as a nice person with a taste for luxury cars.

On Monday, he appeared in red inmate garb and spoke through a Mandarin interpreter. He told the judge that he understood the terms of the agreement and that he was guilty. It did not appear that he had family or other supporters in the room.

The U.S. was never at risk since the information left for Peng was provided by an FBI double agent who had also been approached for spy-work by the Chinese government but decided to inform the U.S. government instead, prosecutors have said.

In the plea agreement, Peng said he was approached by a state security official with China during a business trip in 2015 and agreed to collect and deliver information. He made six trips between 2015 and 2018, leaving as much as $20,000 in envelopes at a time.

“I was never informed of the contents of these devices and at no time learned what information was stored on them,” Peng said in the plea agreement.

Peng was paid “at least $30,000 for the acts” he performed as a courier, according to the agreement. Communications were done by telephone at first and then by the encrypted chat platform WeChat.

A seventh drop scheduled for August 2019 was delayed. Peng was arrested the next month.

Daniel Olmos, one of Peng’s attorneys, declined to comment after the hearing. “The plea speaks for itself,” he said.

Investigators described him as a sight-seeing operator in the San Francisco area for Chinese visitors and students. Public records list Peng as president of U.S. Tour and Travel in San Francisco, but no website for the company was found.

Peng entered the country in 2001 on a temporary business visa. He became a lawful permanent resident in 2006 following his marriage and was naturalized in September 2012.

He has a background in mechanical engineering and is licensed in California as an acupuncturist.

A magistrate judge denied his earlier request for a free federal lawyer, saying he had too many assets, and refused to let him out on bail given that he had an apartment and a mistress in China.

FBI Director Christopher Wray has said China poses a more serious counterintelligence threat to the U.S. than any other country, including Russia.