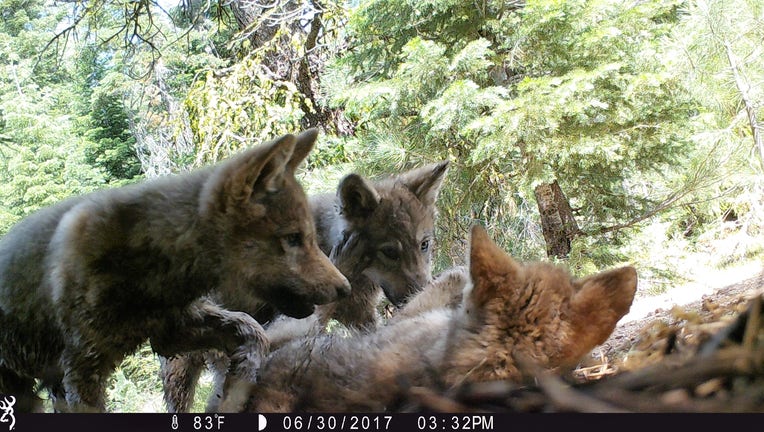 SAN FRANCISCO - Two of the three wolf families in California had new pups this year, according to a report published by the California Department of Fish and Game.

Both the Lassen pack, from the Lassen and Plumas counties, and the Whaleback pack, from eastern Siskiyou County, have produced at least six pups apiece, according to the report, which was published in July.

"We’re over the moon knowing that for the first time in more than 100 years, California has at least two wolf packs with pups. This is a red-letter moment in wolf recovery for the Golden State," Amaroq Weiss, senior West Coast wolf advocate at the Center for Biological Diversity, said in a statement.

However, federal protections were removed across most states in January, according to the Center of Biological Diversity.

The third Californian wolf pack, the Beckworth pack, was first discovered in Plumas County near the California-Nevada state line in May this year.