A Chicago man was visiting Phoenix for the weekend when a fight broke out and he shot a random bystander several times on Dec. 13, police say.

PHOENIX - A 19-year-old man from Chicago is accused of shooting a Chandler man on Dec. 13, but police say the injured victim wasn't the target of the shooting.

At around 4 a.m., police responded to reports of a shooting near Chandler Boulevard and Nebraska Street. There they found Victor Navarro who had been shot several times.

Police say Navarro was inside his home and heard fighting outside. He stepped out his door to check out what was going on and was struck by gunshots.

Investigators learned the fight first started on the bus, and when they were asked to get out of the bus, they took the fight outside and shots were fired, striking Navarro.

Police say the suspect, Cameron Booker, 19, of Chicago, was visiting Phoenix for the weekend and was found in Scottsdale the night of Dec. 13.

He was booked into jail on suspicion of felony aggravated assault causing serious physical injury. 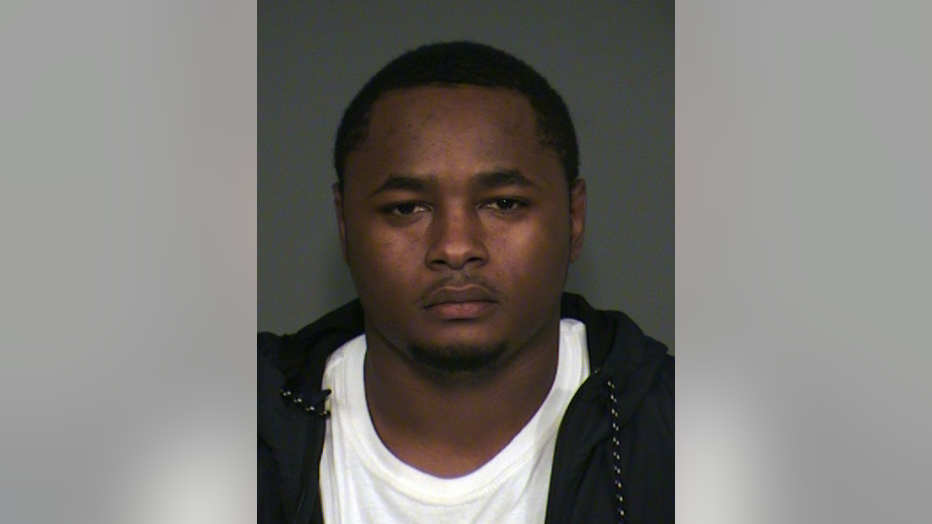