The shooting happened April 10 near McQueen and Chandler Blvd.&nbsp;

CHANDLER, Ariz. - There are new details about a shooting that happened in Chandler on April 10 that left one person injured.

Just before 1 p.m., Chandler Police officers responded to calls from residents about hearing gunshots and a car accident in an alley near Chandler Boulevard and McQueen Road.

When the officers arrived at the scene, they found a victim with multiple gunshot wounds.

According to court documents, the suspect asked the victim for a ride to a residence, but directed him to an alley. The victim claims the suspect exited the truck and went to the driver's side. He told the victim, "This is what you get when you talk to the police. If you don't die now, we will get you later."

In the police report, investigators say the suspect opened fire into the truck, and the victim attempted to back the truck away, but struck a wall. That's when the suspect fled the area.

Chandler Police say witness statements and information from the victim led them to arrest 42-year-old Jerry Montano Valdez on April 12. 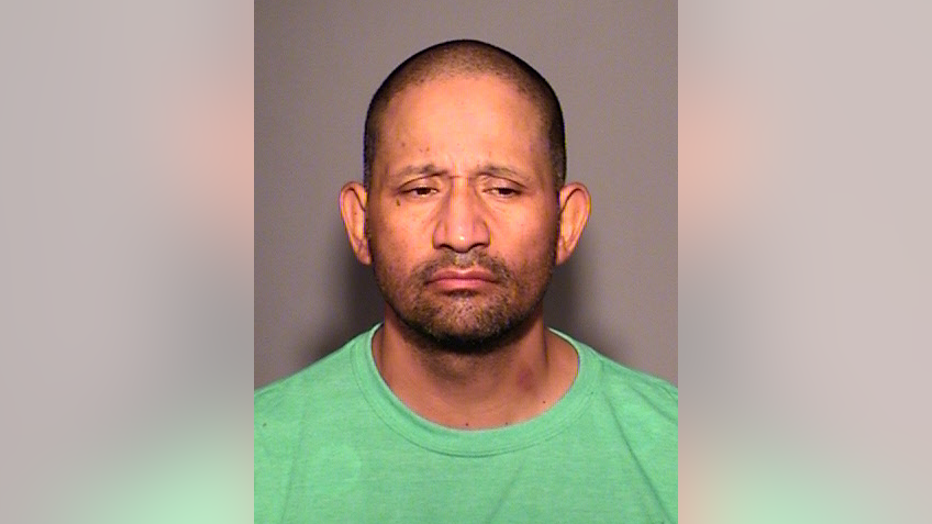 "Valdez and the victim met previously, and the investigation revealed Valdez had an issue with the victim," said Sgt. Jason McClimans.

Valdez is accused of attempted first-degree murder, aggravated assault, possession of a weapon by a prohibited possessor, discharging a firearm in city limits, and criminal damage. He was booked into the Maricopa County Jail. Valdez denies involvement in the shooting.

The victim survived and as of April 13, remains in stable condition.

A robbery suspect held a clerk at gunpoint near 36th St. and Thomas. Now Silent Witness needs your help to find him.

A man was arrested after the car he was driving crashed into a Phoenix home and officials say a woman inside the vehicle was suffering from a gunshot wound.