A woman was found dismembered Monday night in a freezer in her Chicago home and a suspect has been taken into custody, police said.

CHICAGO - A woman on Chicago’s North Side noticed her landlord was missing, and her call to police led to a string of terrifying discoveries.

Francis Walker had lived in a white frame house in the 5900 block of North Washtenaw Avenue for decades, sometimes renting out extra rooms to female tenants. Police believe it was one of those tenants who killed the 63-year-old and cut her body into pieces.

"I know that she’s very friendly. She’s familiar with everybody else in the neighborhood," said neighbor Miranda Castillo.

Neighbors say they would see Walker working in the garden in front of her home every morning in West Rogers Park, which is why they became suspicious when they didn’t see her over the weekend.

"We just assumed she was sick because it’s flu season. And then we started to realize she wasn’t around and tried calling her. We received no text or call and that’s when we thought something had happened," said Andy, another neighbor.

One of Walker’s tenants called police on Monday and told them her landlord was missing.

"When the police arrived, that individual told the police there was another suspect who lived in the residence who the other tenants were afraid of. And that suspect had recently called a tow truck and carried a heavy bag out to the tow truck," said Brendan Deenihan, CPD Chief of Detectives.

A woman on Chicago’s North Side noticed her landlord was missing, and her call to police led to a string of terrifying discoveries.

Police found the tow truck driver who told them the woman he picked up dropped that large bag in a garbage can at Foster Avenue Beach.

Police located the bag and found it filled with blood-soaked rags.

"Based upon that evidence the detectives were able to go into the residence, and they eventually discovered human remains in a freezer. At that point we backed out of the residence to secure a search warrant," Deenihan said.

Sources say Walker’s body had been dismembered, and the tenant has now been taken into custody.

Neighbors say Walker played the piano for multiple churches in the area, as well as a ballet company in Evanston. 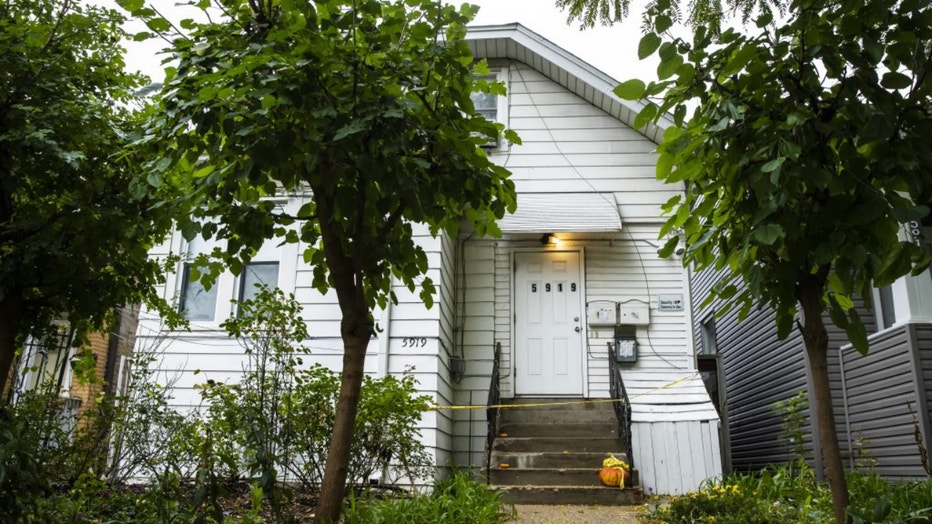 Crime scene tape hangs from the porch of a home at 5919 N. Washtenaw Ave. in the Arcadia Terrace neighborhood on the Northwest Side, Tuesday afternoon, Oct. 11, 2022. | Ashlee Rezin/Sun-Times

"Completely shocked. I mean she’s such a wonderful woman who cares about others. And I can’t imagine what would have angered somebody," a neighbor said.

The tenant is being questioned at Area Three police headquarters. FOX 32 Chicago is told she is not cooperating with the investigation.