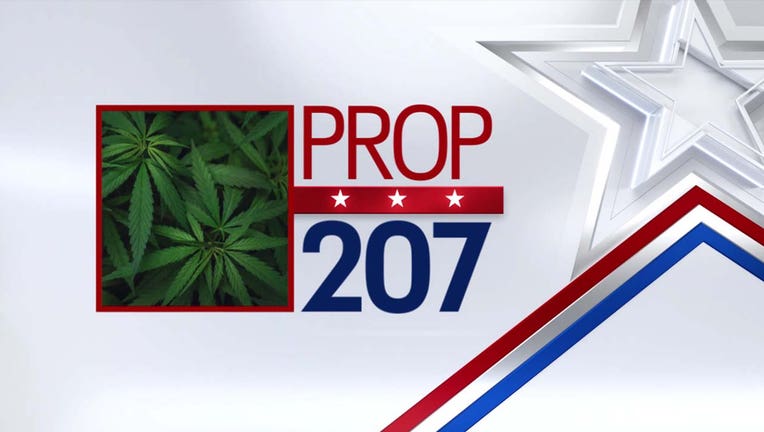 PHOENIX - Officials with the Church of Jesus Christ of Latter-Day Saints are speaking out in opposition to a marijuana legalization ballot initiative on the November ballot in Arizona.

According to the Arizona Secretary of State's Office website, Proposition 207, also known as the Smart and Safe Arizona Act, would allow "limited marijuana possession, use and cultivation" by those 21 years of age or older, in addition to imposing a 16% tax on marijuana sales to fund public programs, authorize state and local regulation of marijuana licensees, and allow for the expunging of marijuana offenses.

The proposition will not allow anyone to smoke marijuana in a public place or open space, consume marijuana and marijuana products while operating or riding in a car, and will not restrict a company's right to restrict the use of marijuana by their employees or prospective employees.

In a statement obtained by FOX 10, C. Dale Willis Jr. with the Church of Jesus Christ of Latter-Day Saints in Mesa write that the religious organizations "strongly opposes" the proposition, saying that drug abuse in the U.S. is at epidemic levels, and that the use of recreational marijuana has been proven to negatively affect education and job stability, and health.

"Money that is better spent on bills, groceries and household expenses might now be wasted on drugs," a portion of the statement read. "Rather than more legalized drugs we should find ways to increase our capacity to connect with our families and neighbors."

The Church of Jesus Christ of Latter-Day Saints is not the only religious organization to oppose Proposition 207. In September 2020, FOX 10 reported that a group of Roman Catholic Bishops in Arizona voiced their opposition to the ballot measure, saying it is harmful to children and families.

Church has sounded off on other ballot propositions in the past

In recent years, the Church of Jesus Christ of Latter-Day Saints has voiced its opposition on other ballot initiatives concerning the legal status of marijuana.

In 2016, Utah-based newspaper The Salt Lake Tribune reported that leaders of the religious organization urged their members to oppose pro-marijuana initiatives in Arizona, California, and Nevada.

According to the Secretary of State's website, a marijuana regulation and taxation initiative in 2016, known as Proposition 205, was defeated with about 1.3 million voters voting "No," compared to around 1.23 million voters who voted "Yes."

In 2018, the religious organization, according to a report by The Salt Lake Tribune, joined efforts to oppose a medical marijuana initiative in Utah known as Proposition 2. According to the Utah State Government's website, 52.7% of those who voted in that year's election voted for the measure.