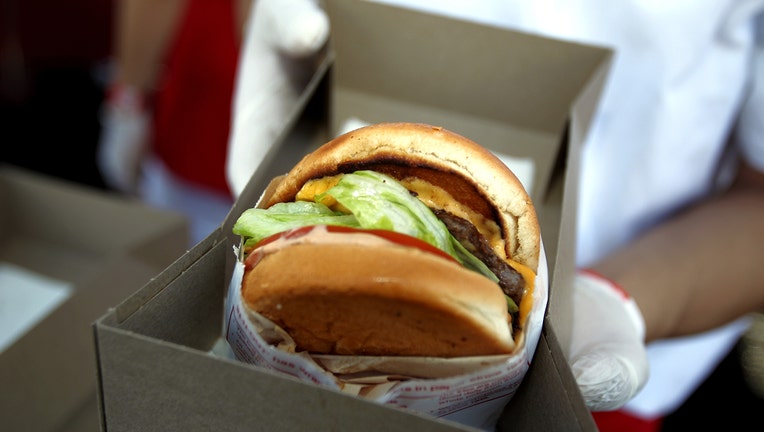 LOS ANGELES - What lengths would you go to in order to try an In-N-Out double-double burger or animal style fries? Some Colorado residents apparently felt it was worth a 14-hour wait.

According to local police, customers had to wait a whopping 14 hours for take-out food at the new In-N-Out Burger in Aurora, Colorado Friday afternoon.

Police originally estimated the wait time to be 12 hours, but later upped the estimate to 14 hours. According to authorities, the drive-thru line was so long that it wrapped around a shopping mall twice and backed up highways.

The Aurora Police Department posted the news on Twitter, writing, “A lot of people have asked, ‘How long was the line?’ It's hard to estimate. What we know is the line wrapped around the mall twice, and there were some nearby hwy backups. Right now we estimate the line to be 1.5-2miles long & the wait is now 14 hours."

“The last car that will be served tonight has been ‘marked’ and is estimated they will be served around 2:00 a.m. We anticipate continued traffic impacts in the coming days so please use alternate routes, maybe you'll find another great local eatery to support," the police department wrote on Twitter later Friday night.

All In-N-Out Burger locations are open daily from 10 a.m. to 1 a.m. and until 1:30 a.m. on Friday and Saturday, according to the company.

RELATED: Here's how that mysterious In-N-Out burger ended up on the street in Queens

According to FOX 31 Denver, Aurora officers were in the area helping to direct the influx of traffic and were encouraging people to support other restaurants that had no wait times.

The Aurora In-N-Out location is one of two In-N-Outs that opened in Colorado on Friday, with the other in Colorado Springs. The restaurants are the first In-N-Outs in Colorado, which is a likely explanation for the hype over the burger joint.

In-N-Out plans to open at least nine restaurants throughout the state, according to FOX 31.