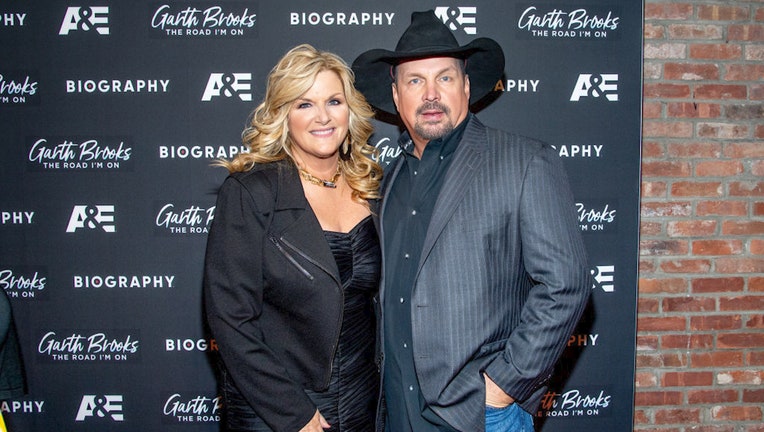 "The Queen and I have now tested twice," Brooks confirmed on Facebook. "Officially, she’s diagnosed as ‘on her way out of the tunnel’ now, though, which I’m extremely thankful for."

Two weeks prior to Wednesday’s announcement, the couple had been quarantining due to one of their team members testing positive for the virus.

"Anyone who knows me knows my world begins and ends with Miss Yearwood, so she and I will ride through this together," Brooks said. Brooks also noted in his post that he would be laying low and would not be participating in his weekly Inside Studio G conversations on Facebook while his wife recovered.

"And anyone who knows her knows she's a fighter and she's been doing everything right, so I know we’ll walk out the other side of this thing together," Brooks wrote.

Yearwood is still battling symptoms of the virus, but her husband reassured fans that she is "tough" and "stronger" than Brooks.

The country music star asked for prayers for his wife and admitted his fear of the potential long-term effects Yearwood may endure after she recovers.

"Living with her, I sometimes take it for granted she’s one of the greatest voices in all of music, so the possible long-term effects on her concern me as her husband and as a fan," Brooks said. "We’re very lucky she is currently under the greatest care in the best city for treating and healing singers."

This is not the first time Brooks had a COVID-19 scare. Back in July 2020, both he and his wife had to quarantine out of an abundance of caution after being exposed to the novel coronavirus, however, both tested negative then.