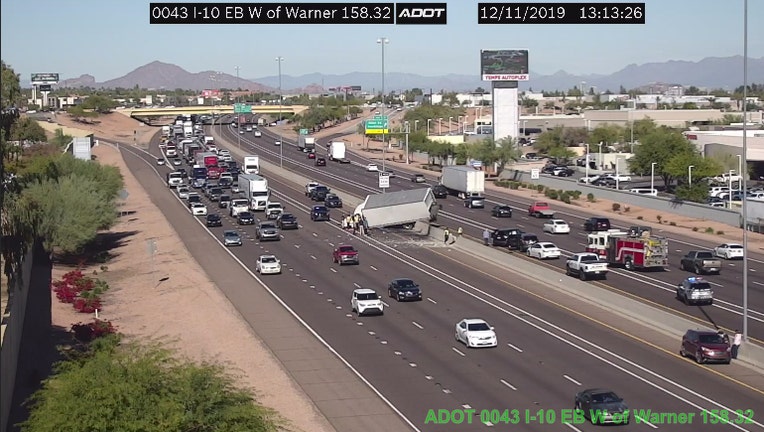 PHOENIX - Arizona Department of Transportation officials say a crash involving a truck blocked a number of lanes in both directions of the Interstate 10 and Elliot Road near Ahwatukee Wednesday afternoon.

Video taken from ADOT camera showed a truck on top of the concrete barrier that lines the median, with portions of the barrier damages.

All lanes have since been reopened.

>> VIDEO from the scene