First responders are at the scene of a serious crash involving two vehicles on the I-10 in the western part of the Phoenix area.

AVONDALE, Ariz. - Authorities are investigating a West Valley crash that left one person dead on July 26.

Lt. Garrett said an adult female passenger was ejected from the car that was turning onto the I-10. The woman, identified on July 27 as 63-year-old Sara Vasquez, was declared dead at the scene. Both children inside the car were taken to Phoenix Children's Hospital with non-life-threatening injuries, while the two other adults in the same car were taken to the hospital with serious injuries.

The driver of the car that was heading south on 99th Avenue, according to officials, remained on scene, and did not suffer serious injuries. Impairment is not suspected at this me. 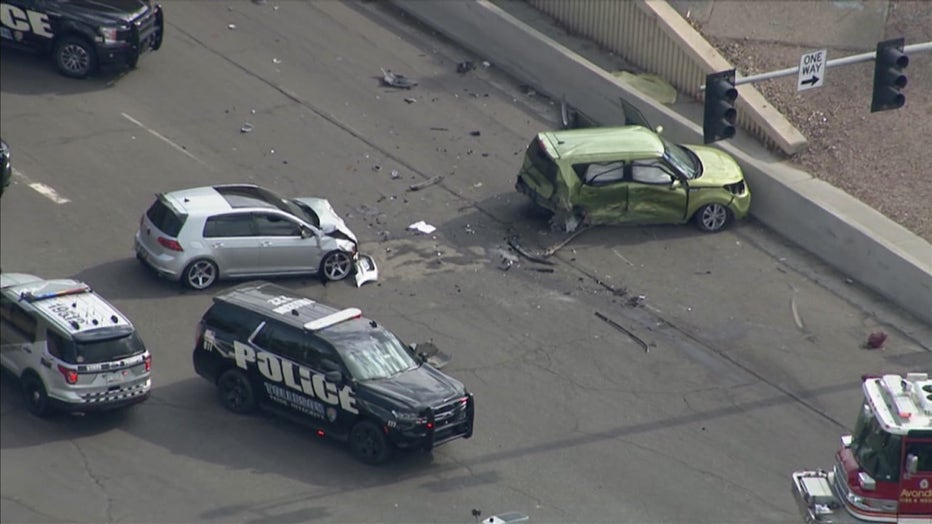