Hikers had to be rescued from the cold up in Sedona

The majestic Sedona red rocks are covered by snow as a result of a recent winter storm, but the beautiful scenery has put some hikers in a life-or-death situation that required a dangerous rescue. FOX 10's Nicole Garcia reports.

SEDONA, Ariz. - Crews in northern Arizona used a helicopter and a tracked vehicle to rescue a total of five people in two incidents in areas blanketed by heavy snow from a major storm, authorities said.

Major highways closed by the storm in Arizona reopened Jan. 26 as snowfall tapered off, the Arizona Department of Transportation said.

A National Guard UH-60 Blackhawk’s crew on Tuesday hoisted up three climbers stranded in Haribo Canyon in the Sedona area. The crew also hoisted up four members of a local rescue team from the site, the National Guard said. 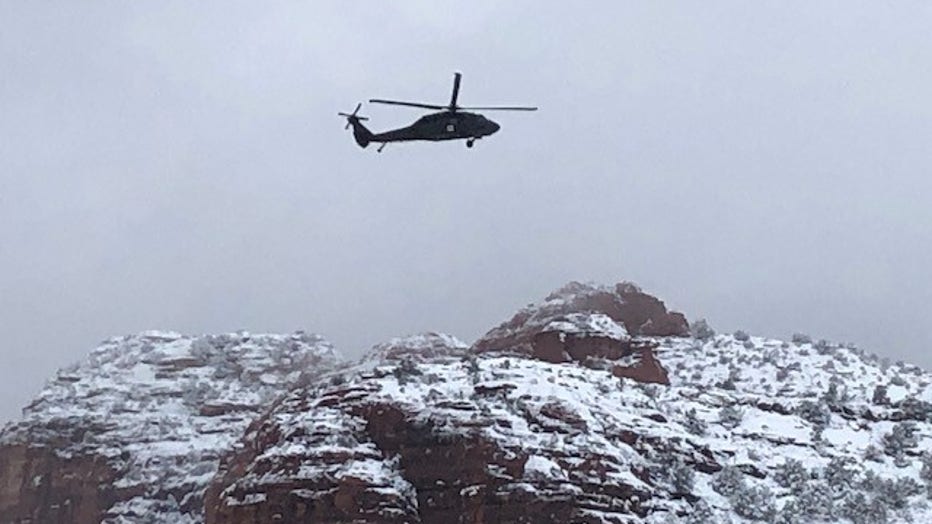 Crews in northern Arizona used a helicopter and a tracked vehicle to rescue a total of five people in two incidents in areas blanketed by heavy snow from a major storm, authorities said. (Sedona Fire District)

"Maintaining the cable while it’s on the ground," said Sgt. Jonathan Atcitty with the Arizona National Guard. "Getting the patients up and out of the crevice. We had to maneuver the aircraft quite a bit to prevent them from receiving further injury." 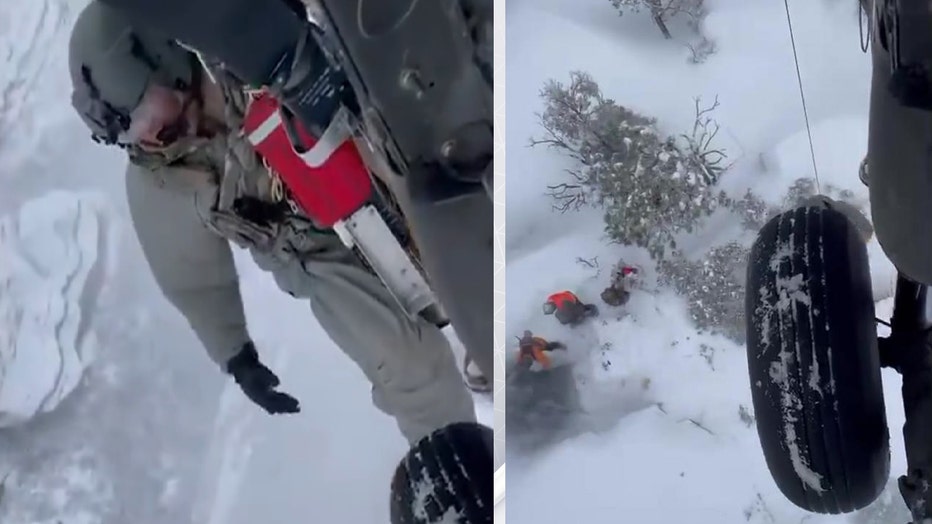 The climbers were reported stranded on Sunday but the storm made it difficult to reach the area to locate them, the Sedona Fire District said on Facebook.

"I just see two of them pop out, just waving frantically, even though I was about 50 feet away from them, I waved back, and I could just see the joy on their faces," said Karl Evans with the Arizona National Guard. "Once I got there, I got to the most exhausted person, got them on the rescue platform, and hoisted them up.  I was surprised. They didn’t have any shelter. They did have jackets, but not the kind you’d need. They were covered in ice."

"I don’t think they had a lot of time left," said Sgt. Atcitty. "When they got in the aircraft, they were going downhill. Signs of hypothermia, signs of frostbite."

Elsewhere, the Navajo County Sheriff’s office said crews from several agencies rescued a 72-year-old man and his 35-year-old son, both from the Phoenix area, after their vehicle got stuck on Forest Service Road 86. 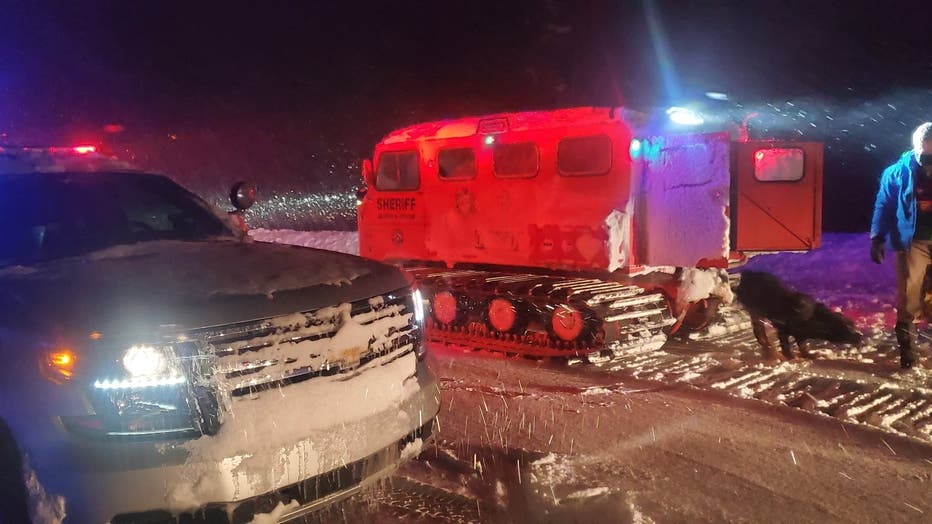 Rescuers cleared a path to reach the stranded vehicle but worsening weather conditions required use of a tracked vehicle provided by the Coconino County Sheriff’s Office to complete the rescue, officials said.

"Both men and four dogs were safely brought back to Heber," stated NCSO officials.