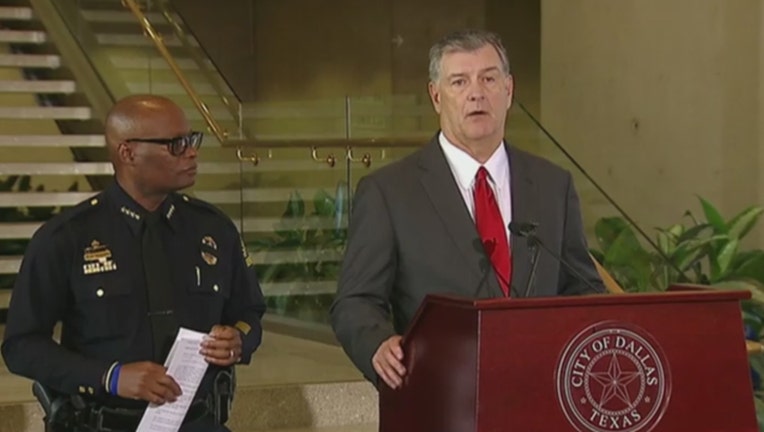 Last night 5 police officers were killed and several others were hurt in a shooting at the end of a protest Thursday night in downtown Dallas.

"I'm not going to be satisfied until we've turned over every stone. If theres anyone out there associated with this we will find you." - Chief Brown

Dallas Area Rapid Transit officials identified one of the slain officers as DART Officer Brent Thompson. The 43-year-old and joined the agency's police force in 2009 and is the first DART officer to die in the line of duty.

Four Dallas Police Department officers also died from their injuries. Their identities have not yet been released.

Stand by for Live Press Conference from Dallas. More: http://www.fox7austin.com/news/local-news/171361475-story