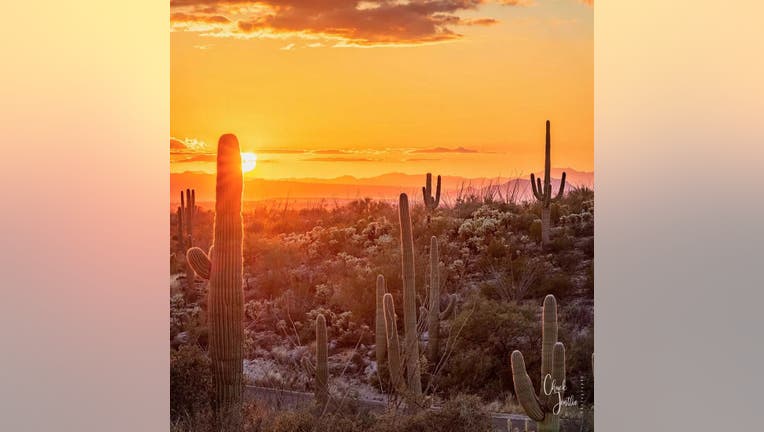 PHOENIX - The term ‘Spring Forward, Fall Back' is a reminder for people to turn their clocks forward an hour in the springtime, and back an hour during the fall, to accommodate for Daylight Saving Time (DST).

However, that maxim mostly does not apply to Arizona, as we are one of the few places in the U.S. that does not observe DST.

Here's what you should know about DST, and why Arizona is not observing it.

When did the U.S. start to observe DST?

According to the Library of Congress, DST came about as a result of the Standard Time Act, which was passed and signed into law in 1918.

Why is there DST?

According to the National Institute of Standards and Technology, DST, or the practice of moving the clocks an hour ahead, has the effect of creating more sunlit hours in the evening, during months when the weather is the warmest.

When DST ends, according to NIST's website, it has the effect of moving an hour of daylight from the evening to the morning.

According to the U.S. Department of Transportation, DST also has the effect of saving lives and preventing traffic injuries, as more people travel to and from school and work, as well as complete errands during daylight times. Department of Transportation officials also claim that DST reduces crime, as more people are out conducting their affairs during daylight hours, instead of at night, when more crime occurs.

Is there a downside to DST?

According to a 2019 article by the Associated Press, a sudden, forward time shift causes people to lose sleep, which, in turn, causes a variety of problems.

Some studies have shown an increase in workplace injuries, heart attacks and other ailments in the week after the spring shift.

So, Arizona does not observe DST right?

Yes, for the most part.

Under Arizona law, the state is on Mountain Standard Time, and rejects DST.

Why don't we observe DST?

According to an article written by Arizona State Historian Marshall Trimble, when Arizona tried DST in 1967, the sun did not set until after 9:00 p.m. on a June day that year.

"Restaurateurs and owners of drive-in theaters protested that it was killing business," Trimble wrote. "Baseball umpires were wearing sunglasses during night games."

DST, according to Trimble, was repealed in 1968 by the Arizona State Legislature.

Is Arizona the only state to not observe DST?

According to NIST, Arizona is one of two states to not observe DST, the other being Hawaii.

Within the entire United States, including territories that are not states, Arizona and Hawaii are two of six places that do not observe DST, the others being American Samoa, Guam, Puerto Rico, and the U.S. Virgin Islands.

You said earlier Arizona mostly does not observe DST…

While Arizona does not observe DST, there is one exception.

According to NIST, parts of Arizona that are within the Navajo Reservation do observe DST. The website timeanddate.com states that the Navajo Nation's decision to observe DST has created some complications, as the Hopi Nation, which is surrounded by the Navajo Nation, follows Arizona's rule on time change, and does not observe Daylight Saving Time.

The difference between the Hopi and Navajo Nations, according to timeanddate.com, has created a time anomaly of sorts during parts of the year, with Tuba City and Moenkopi, which are a couple of miles apart, having a one-hour time difference during the summer, and Jeddito, a Navajo town in the middle of Hopi territory, being an hour ahead of its surrounding area during the summer.

Theoretically at least, this means drivers on Arizona State Route 264 may have to switch their clocks multiple times during parts of the year, as they:

This all sounds rather confusing. Should we just get rid of time changes altogether?

In recent years, people have advocated for an end to time changes.

According to a 2019 article by the Associated Press, lawmakers in Florida passed a bill in 2018 to institute year-round Daylight Saving Time, and in California, voters have approved a measure to keep the state on permanent DST.

In Pennsylvania, a bill as proposed to abolish DST, and keep the state on Eastern Standard Time throughout the year.

According to a 2021 Associated Press-NORC Center for Public Affairs Research poll, only 25% of Americans surveyed say they prefer to switch the clocks back and forth throughout the year, with 43% saying they would like to see permanent standard time, while 32% saying they would prefer permanent Daylight Saving Time.