SARASOTA, Fla. - Despite heavy downpours earlier in the day, thousands of supporters of former president Donald Trump packed the Sarasota fairgrounds for what he dubbed the "Save America" rally.

For more than an hour, Trump addressed issues of immigration, foreign affairs, the economy, the 2020 election, and his past accomplishments.

"Probably no president has done more than we have, the Trump administration, including you," he said to the thousands of fans. "With the military, with the lowest taxes, biggest tax cut ever, biggest regulation cuts ever, we built Space Force, so many things, by the way, we developed a vaccine in nine months instead of five years."

People from all over the state drove to Sarasota to hear the former president speak, many saying they just wanted to hear what he had to say.

While Trump gave no specific details on his plans in 2024, he did outline his hopes for the coming elections. 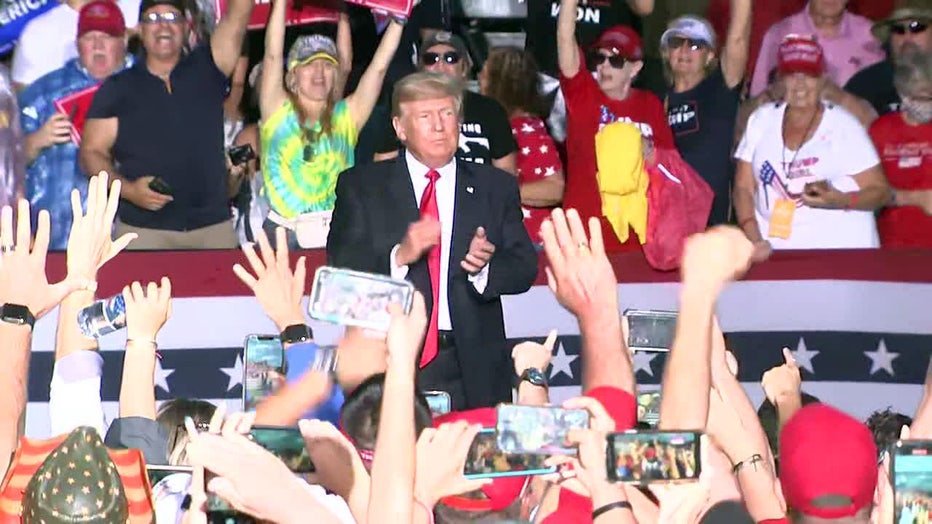 While the exact number isn’t known, police officials were expecting 25,000 people at the rally.

In true Fourth of July form, the rally ended with a fireworks display.