APS has ambitious plans to harness power from the sun

New technology is making solar batteries cheaper and more reliable. Electric companies can now store that energy in large-scale batteries, and then use it after the sun goes down. FOX 10's Nicole Garcia reports.

PHOENIX - Is the future of energy in solar batteries?

New technology is making solar batteries cheaper and more reliable. Electric companies can now store that energy in large-scale batteries, and then use it after the sun goes down. APS is a pioneer in solar storage, but blazing this trail is not without inherent danger. Earlier in 2019, four Peoria firefighters were badly hurt in an explosion at an APS solar battery facility.

Until recently, solar energy could only be generated and used from sun up to sundown. Now, it's reasonable and realistic to save and store solar energy in industrial-scale lithium batteries. 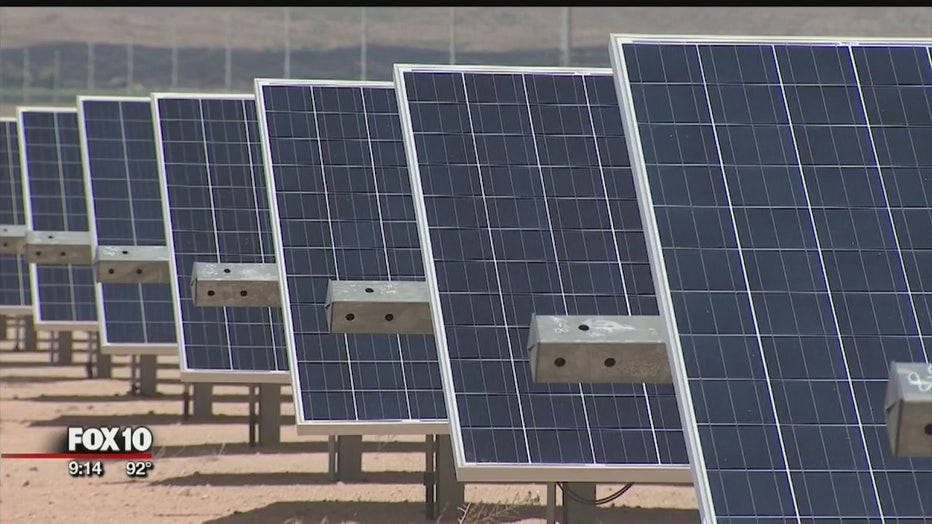 "We've committed to 850 megawatts of batteries to be installed by 2025," said Burke.

"We're in a unique position in Arizona here where we have over-production of energy," said Burke. "What these batteries allow us to do is take the morning energy and move it to when the sun goes down. When the sun goes down, we still have electricity from the solar facility for the next three-four hours. That's where we use the most energy during the day from an APS customer perspective, when it's still hot outside and the sun is still going down." 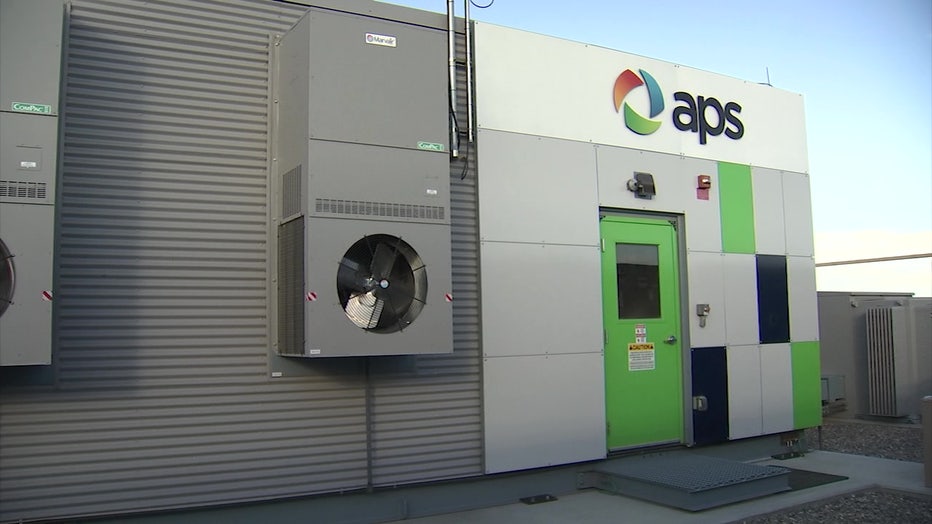 APS estimates the expansion and batteries will serve about 275,000 homes on a typical summer day, after sunset. The technology is similar to batteries used in cell phones. The sunlight hits the solar panels and charges the batteries.

At one point, APS had three solar battery facilities up and working in Buckeye, Surprise, and Punkin Center. This trend is so new, the list of potential dangers has yet to be written, so the explosion that happened in April came as a complete shock.

Valley first responders were seriously injured after responding to smoke coming out of APS' facility in Surprise. Peoria Fire and Medical's HAZMAT Team had measured chemicals in the air before attempting to go inside. They thought it was safe, but upon entry, a large blast sent them airborne. The firefighters were treated at the Maricopa Burn Center, and all four are now recovering at home.

An investigation into what caused the explosion is still underway, five months after the incident, and it's being watched closely by utilities, first responders, and the energy industry as a whole.

"This type of event is rather infrequent, but it is a new technology and we want to make sure we learn as much as we can from this incident and help keep our first responders safe," said Burke.

APS and the battery maker, Fluence, are heading the investigation. According to APS, all 378 battery modules were removed, discharged, and taken apart. The components are currently undergoing forensic analysis at labs in Scottsdale and Michigan.

"The expectation is we should have some results by the end of this year," said Burke.

APS took two of its battery facilities off the grid, but the incident has not sidelined APS' ambitious project. Recently, the company announced two Requests for Proposals: one for 150 megawatts of solar resources to be in service by 2021.

"The number of panels at this facility is about 50,000," said Burke. "If you can imagine 15 times the amount of this facility is what we expect to add in the next couple of years in our next project."

That means the battery storage facilities will get exponentially larger. Arizona has no shortage of sunshine, and soon, solar after dark will become more of the norm, as we enter a new era of clean energy.